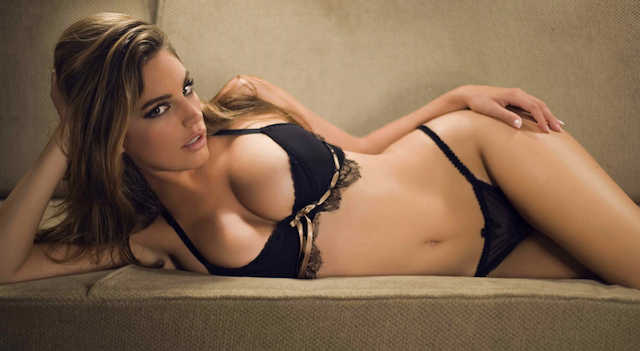 The golden rule when you’re leaving comments on a trashy website is to make sure that the commenting system isn’t linked to your Facebook. Whoops.

It’s the oldest and dumbest mistake in the book – leaving a comment on a website that you don’t want anyone to see when you’ve actually linked it to your Facebook account so EVERYONE you know actually ends up seeing it. And when making comments like the one that this idiot made, it could very well lead to a worst case scenario – one that could actually lead to you losing your wife and kids.

The subject is a Manchester man who goes by the screen name Tom Cowan. He was reading a Daily Mail article that featured a bunch of shots of Kelly Brook in lingerie and he left the following comment which is pretty unnecessary and pathetic in the first place, even if his wife didn’t catch him posting it: ‘She is so sexy. I would leave my wife and kids for one night with her!’

OK so I guess that’s fairly off hand and probably not true – I mean it’s not like that situation would ever come about – but like I said it’s kind of dumb to project that all over the internet as it isn’t really going to achieve anything. One commenter immediately replied with the following comment, which proved to be somewhat prophetic: ‘I hope your wife reads this and the first thing you see when you wake up tomorrow is your belongings packed in a bin bag on the floor.’

Guess what? The very next comment is (allegedly) from his wife: ‘My idiot husband forgot his comments are linked to his Facebook account. You don’t deserve our beautiful kids and I hope your brother has room on his sofa because I’m having the locks changed.’

Of course, there’s no way to verify if this is true but if it isn’t then it’s still a pretty entertaining trolling. You can check out the actual screenshot below: 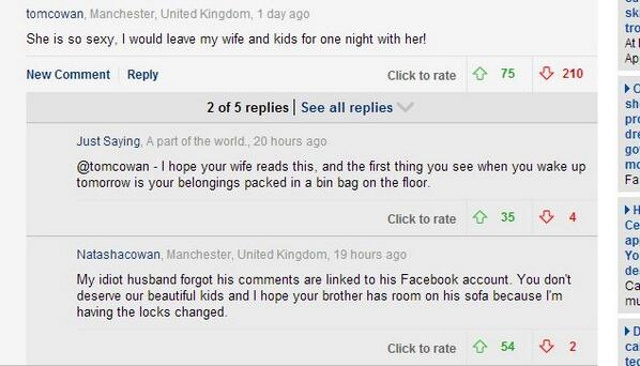