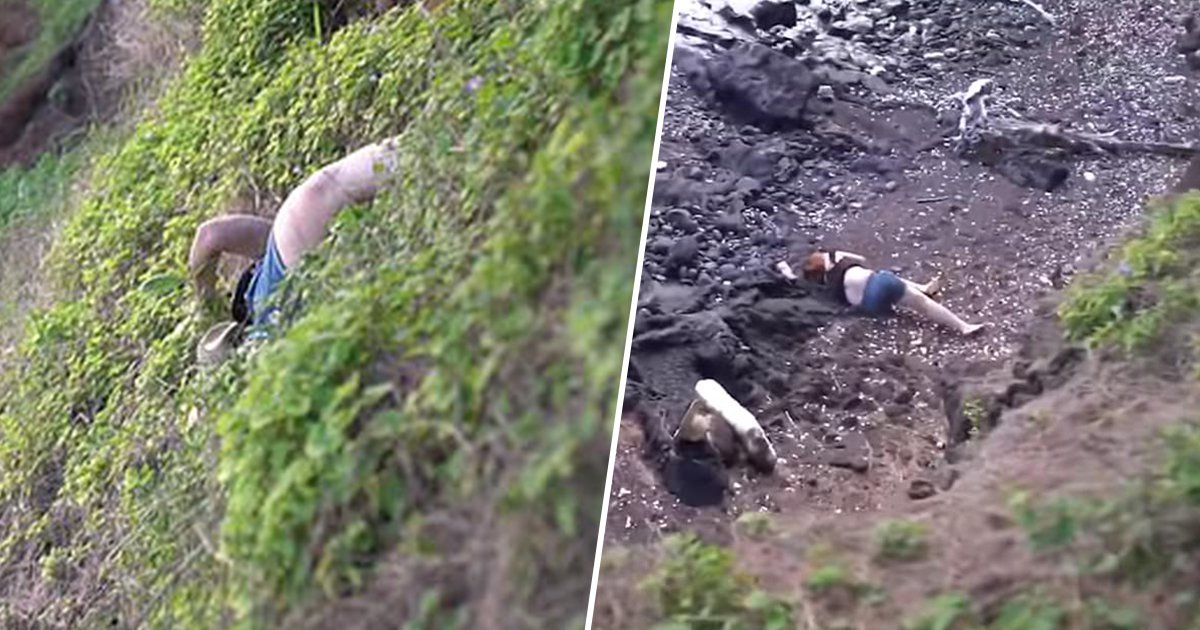 The original video of this incident has some people highly critical of the YouTuber who chose to upload it (leading to him disabling the comments underneath it), while others are LOL’ing all over their phones and keyboards. You’re about to see why.

It’s a real piece of Hollywood-style drama, beginning with the couple having a hard time recalling the events that took place on that cliff edge, the aftermath of the lady’s tumble off the side of it, and finally – the footage of her actually falling:

Sorry but that tumble is straight out of an episode of ‘You’ve Been Framed’. That’s probably where it would have ended up 15 years ago but it’s 2019 now so of course she probably has PTSD and will spend the rest of her life trying to get over it. The way the clip starts with them both getting emotional over the whole thing, you’d think she was picked up by a massive hawk and dropped onto the rocks from hundreds of feet above the Earth or something.

Here’s the full video if you fancy seeing more context and commentary:

So yeah, not quite as horrific as they set it up to be. Then again I probably should have seen that coming considering the person who sent it to me captioned it ‘LMFAO’. Still maybe it hurt a bit more than it actually looked, so it’s great she lived to tell the tale.

To watch some nut job dive off a 50 ft cliff and shatter his entire body on a boat, click HERE. Definitely not as funny.