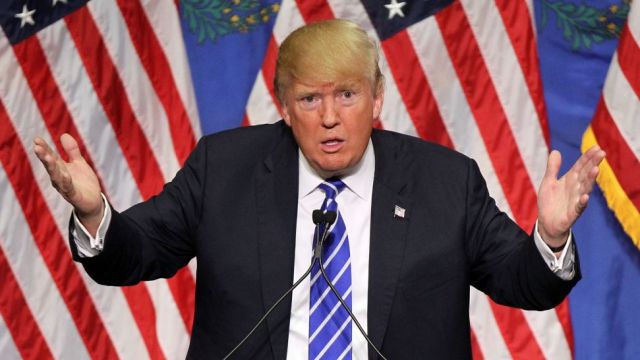 You’ve been found out mate.

The one thing about Donald Trump that you have to give the guy is that he has a pretty much unwavering confidence in everything he says even if it is completely and utterly nonsensical. You almost have to respect that.

That’s why it’s so rare that you see Trump look shook over anything he’s said and that’s why this video is so good. Trump was appearing yesterday at the UN assembly to do a speech and during it he claimed that he had done good on his promise to make America great again and that his administration has accomplished more in the past two years than any administration in US history.

Whilst no doubt Trump probably believes this himself, the facts speak for themselves and the reaction of the United Nations was to literally laugh in his face. And for once, Donald couldn’t really handle it and seemed a little off – take a look below:

WOW! The UN audience laughs at Trump after he claims, "my administration has accomplished more than almost any administration in the history of our country." pic.twitter.com/tXg50ejQqy

OK so he did kinda style it out by laughing at himself, but you’ve gotta admit he didn’t look very happy about it and was visibly surprised at what was happening. It’s probably not gonna mean anything in the grand scheme of things – I doubt he’s gonna stop being an idiot and suddenly understand what diplomacy is – but it’s nice to see him not so sure of himself for once. Long may it continue.

For more Donald Trump, check out what Stormy Daniels said his dick looked like. Lol.