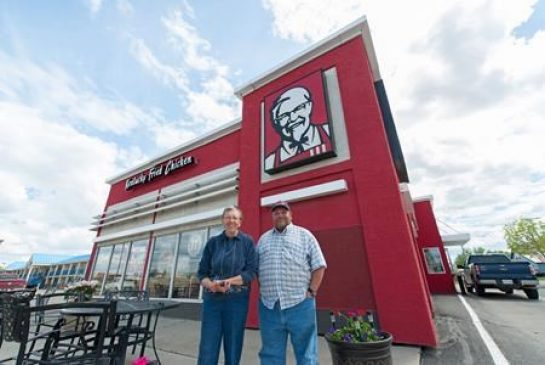 It seems that you simply can’t come between a Canadian and their KFC. Well, at least you can’t in the city of Weyburn, Saskatchewan.

Whispers went through Weyburn about the potential closure of the all-you-can eat KFC buffet due – and although in recent years, some locals have complained about its dwindling selection (apparently they now only offer staple dishes, plus a few bits and bobs from sister company Taco Bell – sounds like plenty to me) – when they got wind of the news, the community took to social media to save it.

The Colonel loving locals used the hash tag #SaveWeyburnKFCBuffet to get their message across and the saga has gotten coverage in the city’s local newspaper and radio station.

The store manager said that some people drive three or four hours just to eat at the buffet, so it’s hard to understand why KFC want to axe it.

Well, it seems that the outcry worked, as the fried chicken buffet has been saved – for now anyhow.

It will if the locals have anything to do with it: there’s only one other of its kind in the country.

I can’t believe that a mother cluckin’ all-you-can-eat KFC buffet even exists. Any chance you can open one up in England? Either that or the actual promise of a McDonald’s delivery service.