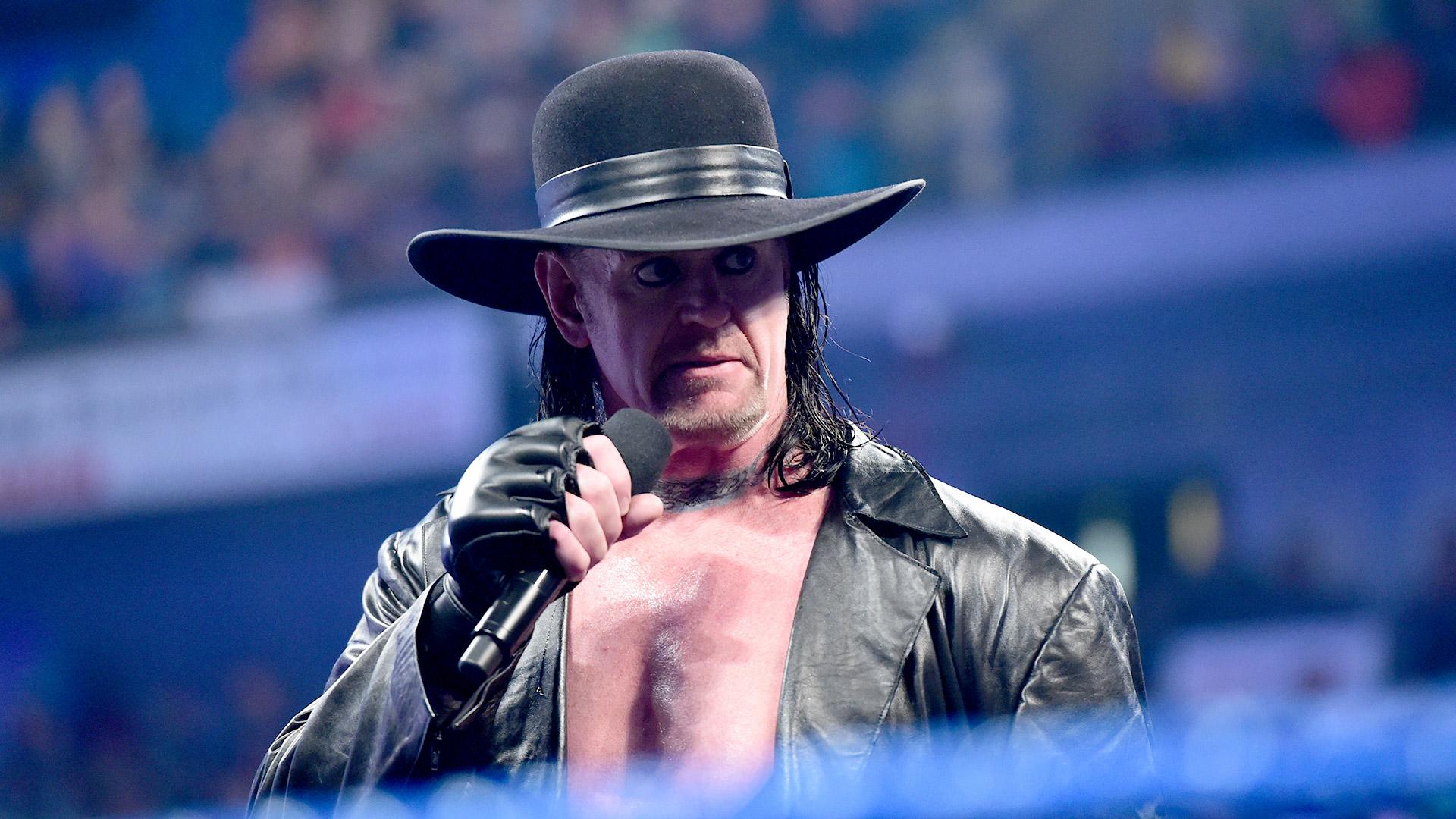 Rey Mysterio, Ric Flair, Edge, Bautista and of course The Undertaker all showed up.

I’m not gonna lie, it’s been a very long time since I’ve been anything but a very, very casual fan of wrestling, but I’m still a sucker for the big reunions when the superstars come back and pretty much do their signature moves/catchphrase and the whole place erupts, so I was especially stoked to hear about Smackdown’s 1000th episode last night.

As with most milestone events in the WWE, they decided to pull out all the stops and bring back some of the biggest superstars from the last twenty years of Smackdown. So we had Bautista – who’s now a big shot movie star – showing up for an Evolution reunion with HHH, Ric Flair and Randy Orton, Rey Mysterio Jr getting in the ring with Shinsuke Nakamura, Undertaker doing what Undertaker does best, Edge hosting an interview segment with Becky Lynch and Charlotte Flair and Vince McMahon and his two children engaging in some weird dance off:

This got REAL tense REAL quick.

The #Undertaker has three words for #DX at #WWECrownJewel.

Can you guess what they are? #SD1000 pic.twitter.com/uiSMjeTlxH

There's NO CHANCE @VinceMcMahon would miss out on this! #SD1000 pic.twitter.com/UXka3I35Sb

I mean wrestling is so stupid and it really hasn’t changed since I was a kid watching the first ever Smackdown 20 years ago or whatever. That Bautista interview is just such a classic wrestling promo you kinda knew what he was going to say before he dropped the bomb on HHH didn’t you? And that stupid bit with Vince McMahon dancing just kinda sums up wrestling for anyone who hasn’t seen it. Ridiculous.

For more wrestling, check out these pictures from the legendary Undertaker V Mankind Hell In A Cell match from 1998. Unbelievable.