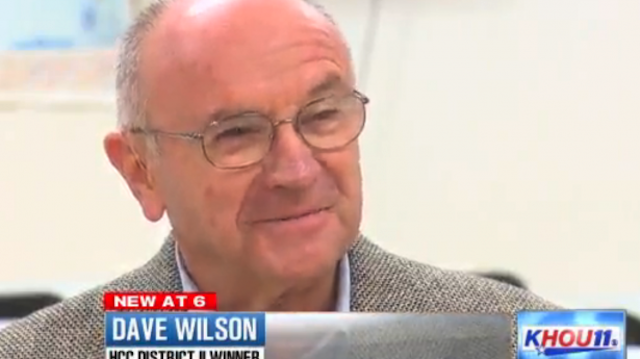 This man pretended to be black in order to win his local elections – and it worked.

This might sound crazy after seeing his photo, but David Wilson is not black. However to win a local election in his native Texas, he pretended he was the blackest guy around — and it worked.

Wilson, a conservative Republican, included a flyer in his direct mail campaign which was covered in smiling black faces he says he found on the Internet. The accompanying text read “Please vote for our friend and neighbour Dave Wilson.”

In another flyer, the text said that Wilson’s campaign had been endorsed by Ron Wilson — a popular black former state representative. Turns out that actually the only Ron Wilson backing David was his white cousin of the same name, not the black ex-lawmaker.

Last Tuesday, Dave Wilson won the election by a margin of 26 votes over — surprise — an actual black man; Bruce Austin, who described his political rival’s winning tactics as “disgusting”. He also said: “This is one of the few times a white guy has pretended to be a black guy and fooled black people.” Wilson remains unapologetic as he celebrates his win.

Snake it till you make it is the lesson here — technically, Dave Wilson didn’t do anything wrong, he just ran a campaign that he thought would get the most votes and he was right. His super white cousin has the same name as an important ex black political figure? Not his fault. Ron Wilson does support Dave Wilson — he wasn’t lying — it just wasn’t the Ron Wilson everyone was thinking of. At the end of the day all Wilson did was put up a bunch of photos of smiling black people on his flyers and said that his cousin endorses him. What’s wrong with that?