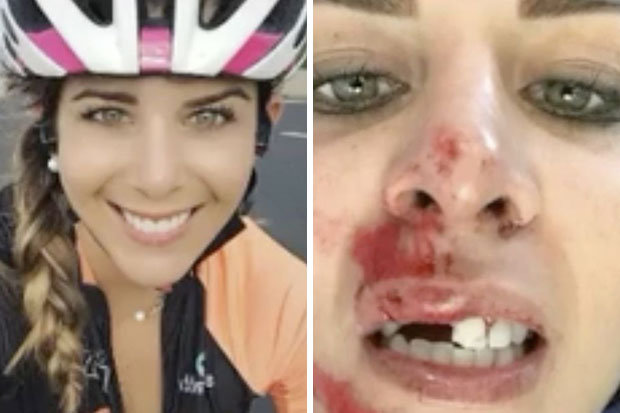 I’ve seen enough bungee jump accidents while writing for Sick Chirpse to know that these things just ain’t worth it. Even if the chance of it going wrong is minimal, when it does, the injuries are horrific.

A woman named Laura proved this recently when she decided to do a jump in Madrid, Spain. Instead of the elastic rope releasing her to the drop below, it gets caught, sending the poor girl face first into a cliff.

Ouch. As you can see by the image above, she lost several teeth in the gruesome incident.

I’m officially adding bungee jumps to the list of extreme activities that I will never try, alongside skydiving, shark diving and Russian rope jumping. Fuck. That.