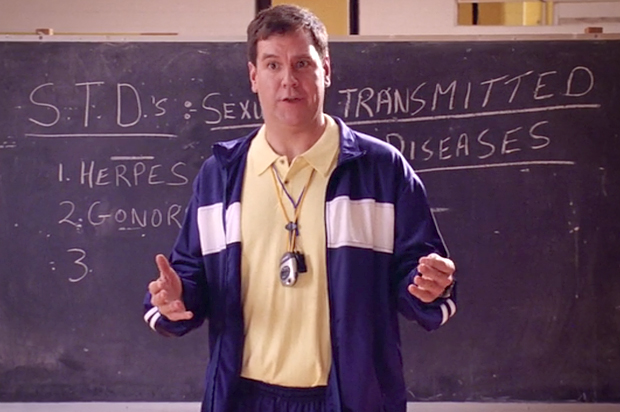 You guys remember sex education right? The awkward teacher trying to tell you how to use a condom and warning of the terrifying consequences and diseases you’ll catch if you start having sex. It was not accurate or productive to say the least.

And it looks like things haven’t progressed much over the years, as these recent videos show. They are part of a campaign created by charity Project Consent in light of the “rise of the rape culture” and aim to teach teens about consent. The project said:

What we’re trying to do is prove that it’s really not complicated at all. In fact, it’s super simple. If it’s not yes, it’s no.

I mean, yeah, that’s a very strong message and of course people should be learning about that. But I highly doubt a dancing vagina, laughing tit or whistling penis is going to reflect that. It’s just pretty weird and is most likely just going to generate a few cheap laughs:

Weird right? Also, why is it always only the guys (or penis should I say) being forceful? I know that with regards to rape and forcefulness it is normally this way around, but I think they should have taken into account that sometimes girls can put pressure on guys too. They should have at least made a video that reflected that.

You know if they showed the videos to the girl who absolutely smashed her sex education exam, she would have slated them to the ground. She puts the V in savvy.