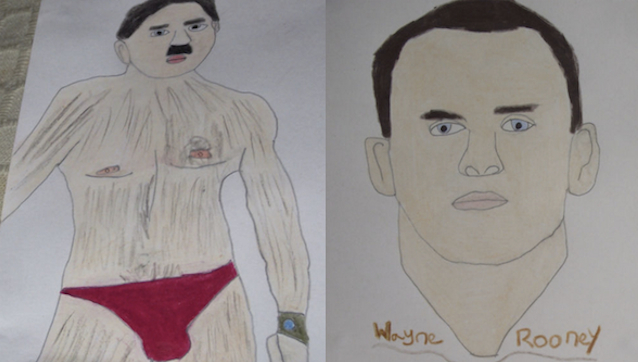 I don’t spend a lot of time trawling through eBay but when I came across this site I just couldn’t believe that anyone would think that anyone would want to buy this crap. And it doesn’t look like they have, either.

This eBay profile belongs to a guy with the username ‘thedrwhoguide2012’ which is weird enough in itself, but it’s clearly more about the stuff he’s selling on there which is why this eBay site is so weird. The guy is just selling really bad pictures that he’s hand drawn of characters from TV shows and movies including Q from James Bond, Spock and Dr Who. There’s also a fair amount of pictures of people involved in music and football, as well as an unhealthy amount of hand drawn pictures of Hitler and of naked people, including a naked picture of Pat Butcher.

I don’t know who this guy is and why he thinks that he can charge between five and ten pounds for these crappy hand drawn pictures but he doesn’t seem to be having much success as he has about 60 pictures on his site and none of them seem to have any bids at all. I’m also not sure why a hand drawn picture of Wayne Rooney is only worth £5, yet a hand drawn picture of Hitler is worth £10 – I mean how exactly is there a £5 differential in price between those? Surely they’re essentially the same product except for who the picture is of?

Here are a bunch of his pictures but if you want to head over to his eBay site and check them out yourself – maybe even buy one? – then feel free to do so here. I think the best ones are the ones that literally have no relation to anything whatsoever – you can see a couple of these below with ‘Murder Of The Fat Man’ and ‘The Rapping Pumpkin.’

If anyone knows this dude or can shed any light on why he’s doing this then feel free to let us know because it’s really got us all stumped here, especially as it seems as he has had literally no success in selling them whatsoever and there’s no market for them at all. 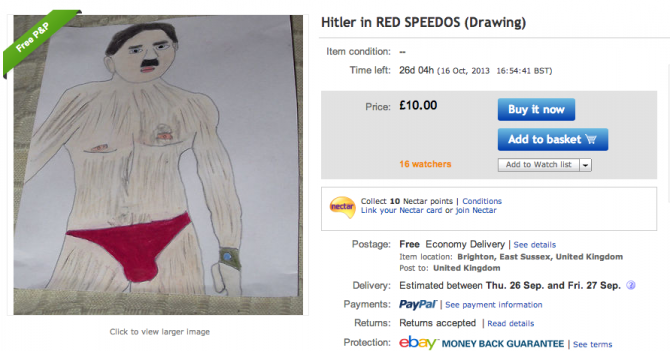 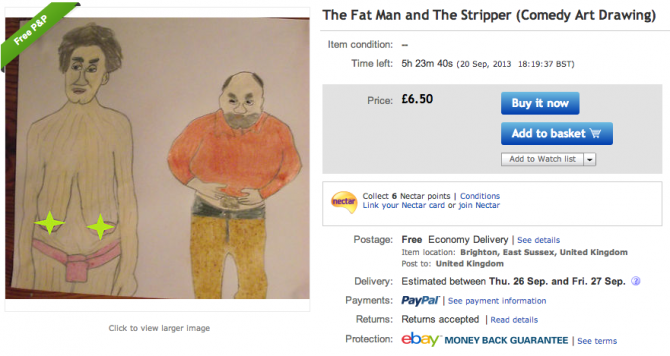 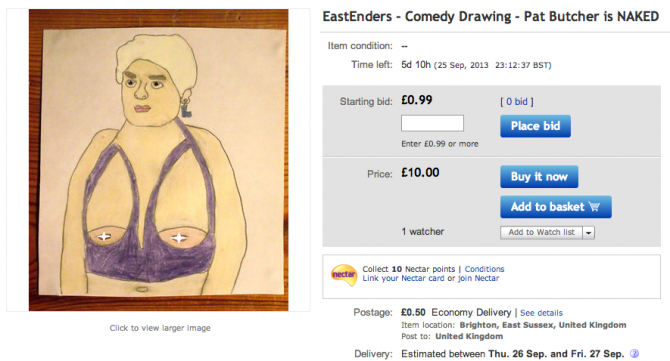 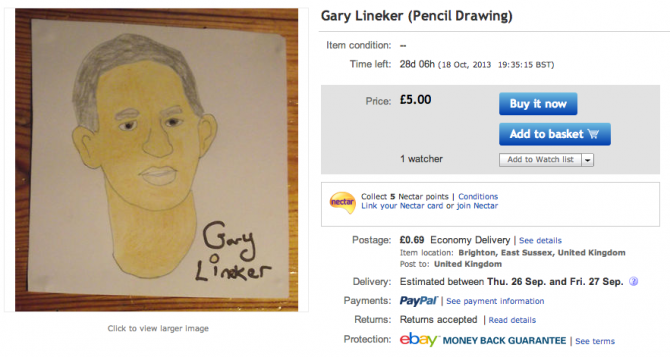 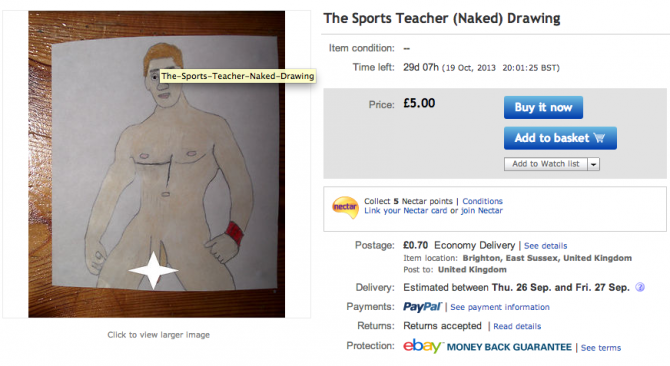 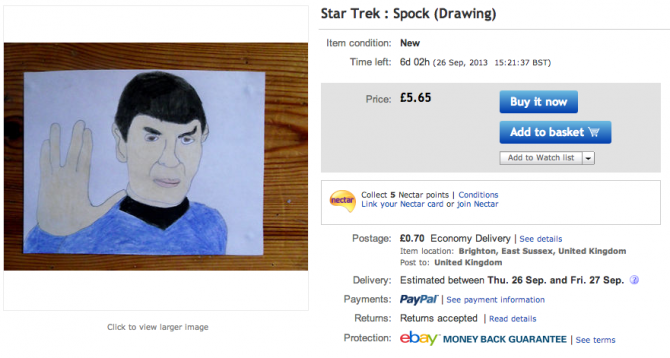 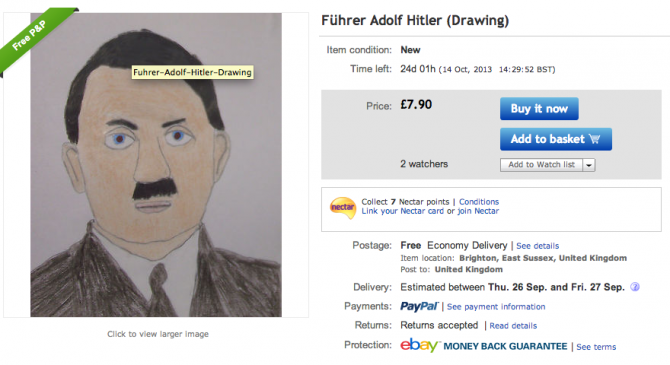 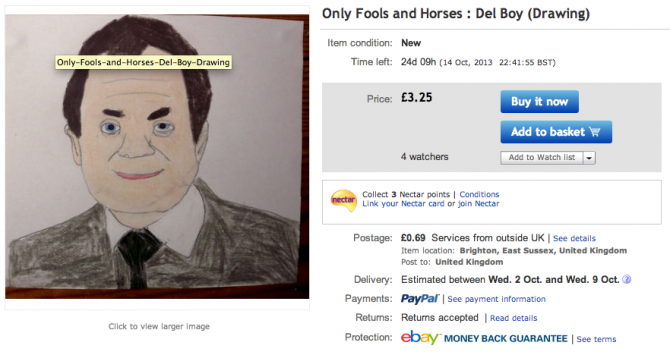 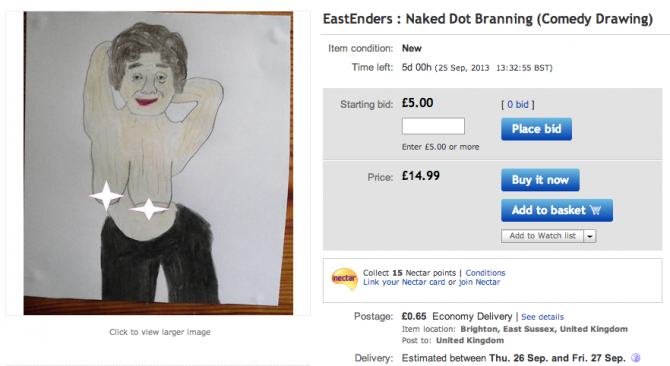 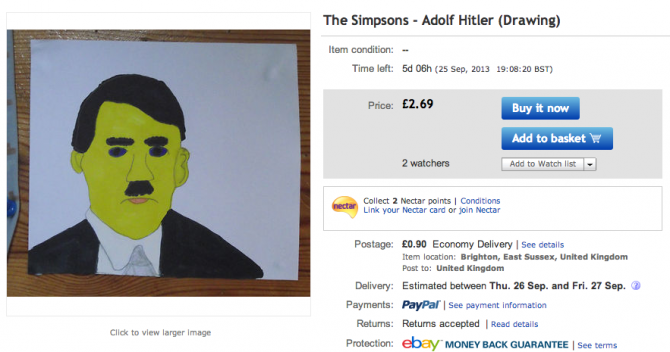 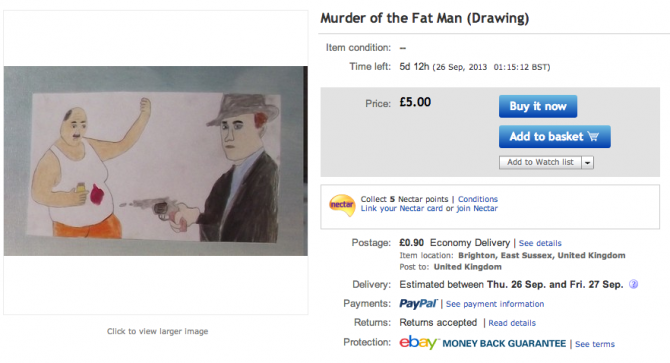 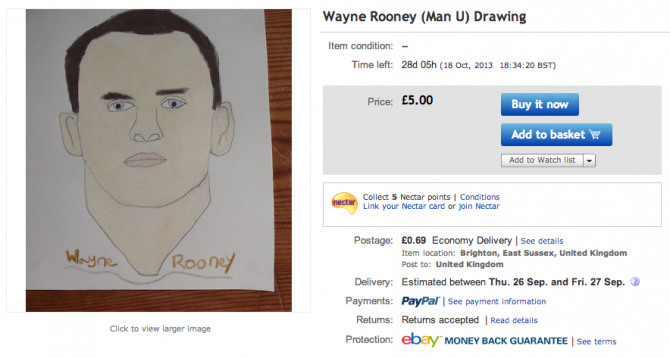