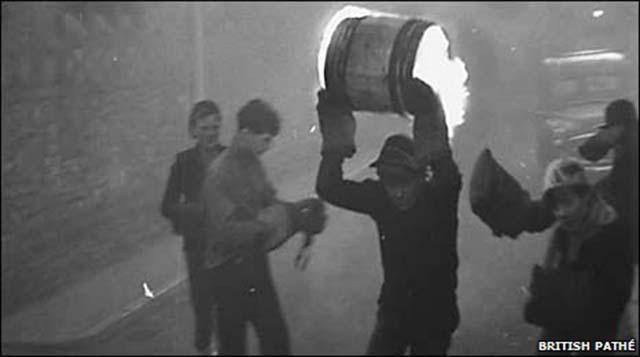 Film archive British Pathe has released over 85,000 rare 20th century videos onto YouTube. Here are some of the best.

British Pathe is one of the biggest film archives in the world and yesterday decided to take the landmark decision to release over 85,000 rare videos of the 20th century onto YouTube, taking up more than 3,500 hours. They claim that the films contain some of the most important cultural, social and sporting events of the 20th century, with videos dated from 1896 to 1976.

The head archivist at British Pathe, Alastair, White said the following: ‘British PathÃ© is considered to be the finest news reel archive in the world. It also covers a myriad of social history film items about how people lived, worked and played through the 20th century.We decided to publish our entire archive to YouTube to ensure the maximum number of people can enjoy viewing British PathÃ© films.’

Instead of enjoying the sun this afternoon we trawled through a bunch of the videos to find some of the best ones that you’ve probably never seen before and highlight them here for you. Obviously there are some events you will have definitely heard of – but may have never seen – and there are going to be some completely weird things in there too. Most of these clips are gonna focus on the weird videos from the past, but I’ll also throw in some major event ones too. In fact, we might even make this a weekly series considering we’ve got 85,000 videos to choose from. Let us know what you think.

So without further ado, here they are:

We’ll start with the most important video that they’ve released and probably something that we’ll never ever see again – England winning the World Cup. Of course, most people have probably seen Geoff Hurst’s dodgy goal on the line and famous ‘they think it’s all over’ goal but you might not have seen highlights of the whole match, and probably not in colour either. Hopefully we can repeat the feat this summer – yeah right.