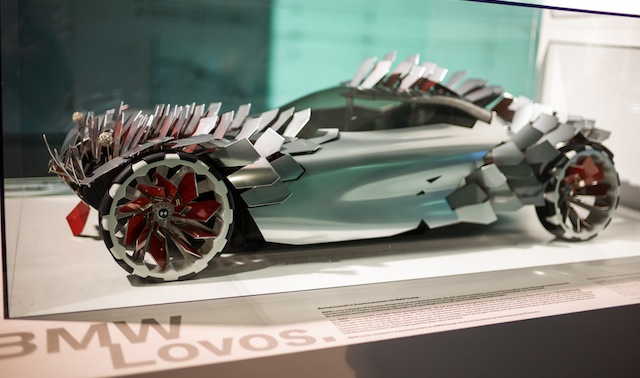 Concept cars are pretty pointless, but there’s nothing wrong with being pointless. For instance: I’m pointless. So enjoy these weird post-apocalyptic cars…

Concept cars are just a way of showing off. There’s nothing wrong with a bit of showing off though, that’s what design and technology is all about. I know a designer would say that design is about form and function, but I reckon it’s at least a little bit about one-up-man-ship, dazzling, chest puffing and pouting. And good on them, if it weren’t for people trying out weird looking things we wouldn’t have anything snazzy at all. The iPhone, love it or hate it, is one massive pouty bit of technology that says “yes you will enjoy touching and using me, but no you will never know how I work. Enjoy my simple lines and then buy another one….”

That’s modern life: Build something useful, rebuild the same thing but make it smaller and jazzier, then laugh at it, throw it away and move on.

I think it’s nice that people get to fantasize about the weird and wonderful future that’s waiting for us beyond the nuclear dust storm. Bring it on. So I’ve put together just a handful of the oddest concept car designs I could find. The list is not exhaustive of course, human imagination knows no bounds. 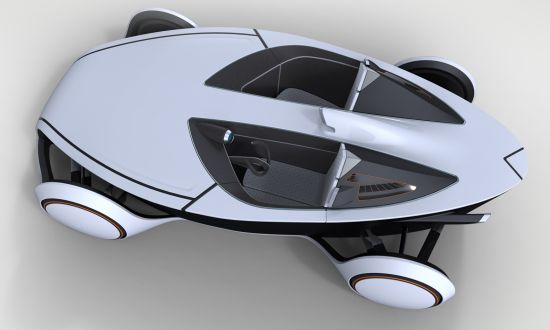 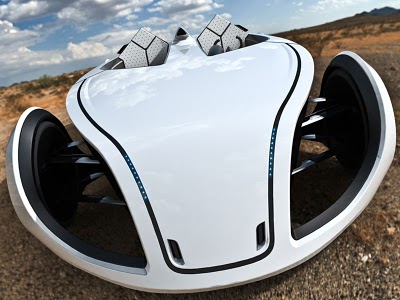 So this P-Eco has chords that vibrate and charge the car as it runs, so it’s mileage should be better than a normal electric car apparently. A good idea if it works I think we would all agree.