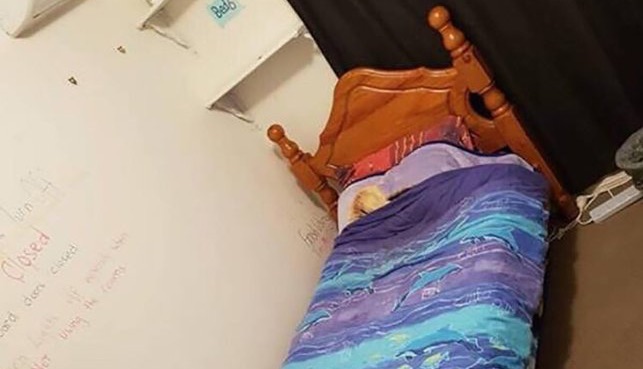 And you thought London was bad.

Turns out that there are stupider rental possibilities out there in the world though and this is none more apparent than this offer from a landlord who can’t even spell over in Australia. Not sure whereabouts, but I don’t think that’s too important as I doubt any of you are going to be looking to take this guy up on the offer any time soon. 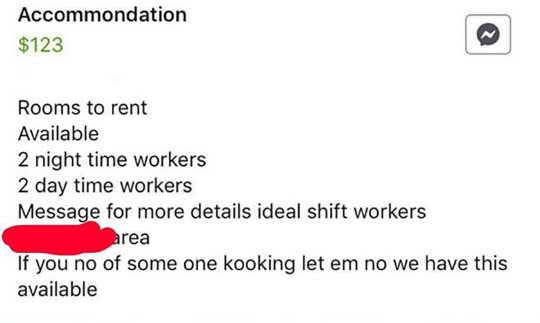 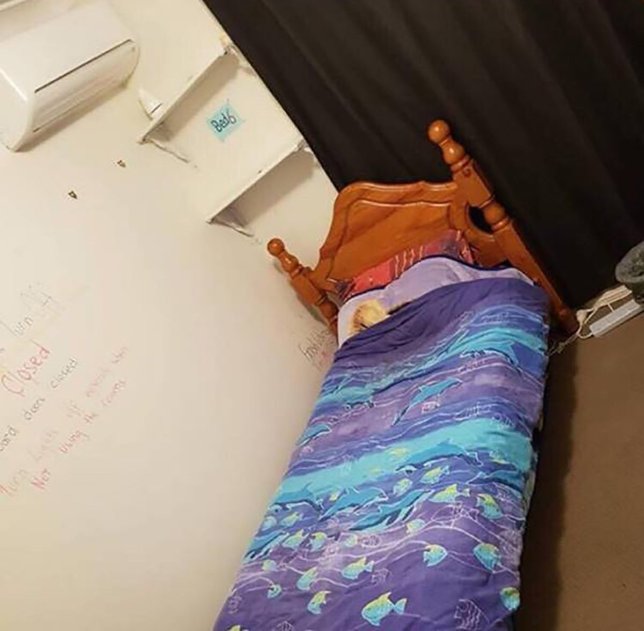 Yeah, that’s right, this guy – who can’t even spell – is hoping to rent out this room to two lucky victims who work differing shifts so that they can share the bed  and when one of them is working, the other one can use the bed. Then when the other one clocks off, you can swap over.

Can’t even begin to think about how grim that is, or what might happen in the overlap where both of you might want to use the bed. Or maybe this landlord is imagining a perfect world where all his tenants do is sleep and work so that there’s no possibility of this happening. Who knows what he’s thinking?

In fairness, I’d like to think that there’s no possibility of anyone renting this room because it’s a completely ridiculous situation – and we haven’t even started talking about the house rules written on the wall in pen – but the sad fact is that this might be the only thing that some people out there can afford. At $123 this may or may not be the case as it’s not stated whether it’s per month, week, or day, but I’m thinking it’s probably the former. Hope nobody actually has to go through with this though.

For more of the same, check out these landlords requiring daily unprotected sex in exchange for rent. Even worse.