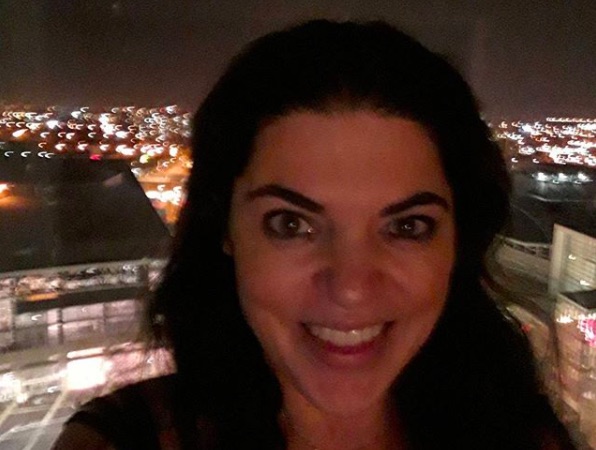 You would’ve thought that losing a tonne of weight and boosting your online presence would lead a surge in romantic attention. However, for blogger Kelly Glover, the opposite turned out to be true.

Although she lost TEN FREAKING STONE and dropping down multiple dress sizes, the Australian was left distraught and rather confused after finding fewer men were asking her out.

And the reasoning behind it? Well, according to her mate, it’s because “bigger women are seen as easy.” Unbelievable. Yes, when Kelly turned to her friend and asked for dating advice, he offered up this insulting little tidbit, adding:

Sounds like a charming bloke. I’m sure most of you reading this will agree that this is total and utter drivel, and luckily Kelly agrees. She’s decided to speak out about her experience to dispel the ‘fat chicks are easy’ myth:

After losing 67kg I was half expecting a romantic comedy montage-style life of never-ending meeting cuties with dates scheduled back-to-back all weekend long – but nope. It’s been crickets.

When I was 152 kg, I got asked out all the time. Seriously. All-the-damn-time… Now I’m 84 kg and size 18 (still fabulously fat) but there’s no magical mic drop moment. Instead I’m left tapping the mic asking, ‘Is this thing on?’

You think fat chicks are easy? Go ahead and try to persuade a big girl you’re really into her and see how that works out for you. Good luck with that.

You tell it girl. Kelly’s not standing for any BS and has now vowed to take her fate into her own hands and start making the first move. High five to that.

For more on dating, check out our best & worst Tinder dating profiles in the world.