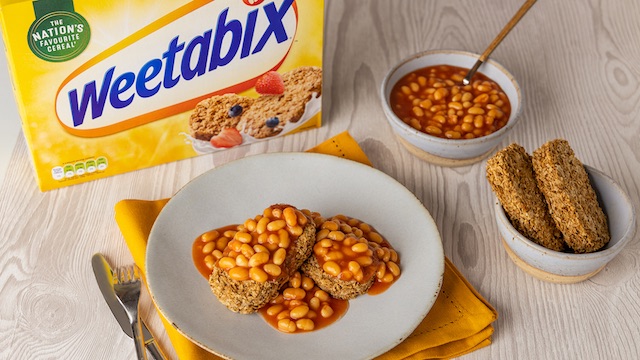 I’ll be honest, I’ve never been a fan of Weetabix and I haven’t even thought about it for the past twenty years probably, but the wheat based breakfast product has come back into the public consciousness today in a big way after it suggested subbing in one of their bars for your pieces of toast in a beans on toast breakfast combo.

Why should bread have all the fun, when there’s Weetabix? Serving up @HeinzUK Beanz on bix for breakfast with a twist. #ItHasToBeHeinz #HaveYouHadYourWeetabix pic.twitter.com/R0xq4Plbd0

Yeah, I can’t imagine anyone in the world ever wanting to eat that, can you? Predictably, the Twitter reaction was absolutely scathing:

I would highly recommend you sack your marketing team at once and then spend a little more time on the recruitment process than you did previously. I love both products, but this looks fucking disgusting.

You’ve done this intentionally to anger an entire nation, haven’t you?

I am disgusted. I am revolted. I dedicate my entire life to our lord and savior Jesus Christ, and this is the thanks I get ?

Every day we stray further from God’s light.

What the fuck am I seeing

It’s good that you’ve shown us we can serve it with a side of 2 dry Weetabix. I really like adding an extra dimension of “unseasoned hay” to my meals.

@haiyabokhari I am literally gagging 😂🤢

I’ve been saying it for years that brands should just post something that’s going to get a lot of hate and go viral because it’s so gross. That’s because there’s no such thing as bad publicity and it won’t actually besmirch your product in the way that they think it will, and I think Weetabix might actually have just done this with this one here?

There’s surely no way that anyone from Weetabix genuinely thought that posting this was going to achieve a positive reaction – they can’t have, surely? – but now everyone on the internet is talking about Weetabix right now, so the breakfast cereal bar is back in the conversation after people haven’t mentioned it in years. That’s gotta lead to an upturn in sales – although I doubt anyone is going to wanna be eating them with beans.

The number of famous people and brands – probably operated by the same social media manager, let’s be honest – that have jumped into the replies kinda of make me think that this is all a planned campaign as well, although part of me wants to think that this is all organic and the idea of beans and Weetabix really is that bad. Maybe it’s a little of column A and a little of column B. Definitely designed to get this reaction and succeeding though, so fair play to whoever came up with the campaign.

Just about to tuck in, babes. Question is spoon or knife and fork?

Sometimes the people we like don’t like us back, and there’s nothing you can do about it. No hard feelings… #HaveYouHadYourWeetabix

We really think when it comes to breakfast, the sky’s the limit! #HaveYouHadYourWeetabix

For more of the same, check out this Weetabix dubstep commercial from way back in the day. Even that was a better idea than this.