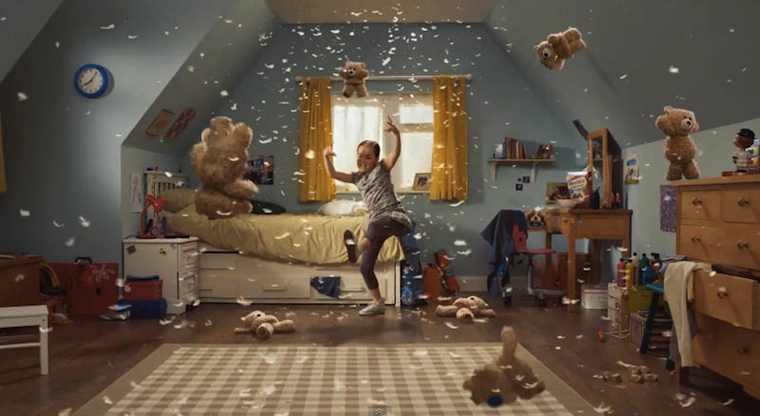 Weetabix and dubstep are obviously a match made in heaven. Hats off to whichever advertising executive came up with that one.

This is literally insane. I guess this might have been pretty big at one point, I don’t really know because I don’t own a TV and even if I didn’t I wouldn’t watch adverts I would just change the channel over to MTV2 (or is it called MTV rocks or something dumb like that now?) rather than watch them. But then this advert is one minute long, so could it even be shown on TV? Or is it for the cinema? I always get to the cinema late now, too many adverts, so I probably would have missed it there.

Anyway I’m going off on one completely. This is an advert for Weetabix, you know, the breakfast cereal that your Mum eats. Firstly, it has a little girl eating it – are you serious? How many little girls eat Weetabix? Secondly she’s eating it at like her dresser or something, who would eat food like that in their bedroom there? Completely stupid.

Thirdly, as soon as she starts eating it all her teddy bears come to life and start dancing while some Skrillex D side plays in the background. Come on, that’s pretty stupid right? Fourthly, one of the teddy bears – who appears to be a karate master – flips up and karate kicks a pillow, smashing it to smithereens so loads of feather gets sprinkled across the room. Come on, who the hell has pillows with feathers in anymore? And how the hell can a little teddy bear be that strong? Don’t tell me it’s the fvcking Weetabix because we both know that’s bullshit – my Mom can barely run let alone perform a karate kick.

And then in the ultra twist at the end that could perhaps rival the twist at the end of Carly Rae Jepsen’s music video, it’s revealed that three of her friends are watching her dance routine. Are you serious? Little kids don’t go around to each others’ houses to watch them eat their breakfast – was it even breakfast, the timeline seems a bit messed up at this point. Then to top it off check how they dance to the dubstep with their teddy bears!

Everything about this advert is completely wrong and out of touch with reality. I mean I’m not one of the Mad Men, but if somebody had pitched this to me I would have had to have poured myself a whiskey, and then I would have told them to get the hell out of my office. What the hell does Weetabix have to do with dubstep? Is this really going to inspire a bunch of teenagers to come home after their ketamine binges and eat a bowl of Weetabix before they crash out. No, it isn’t. Weetabix should stick to marketing their products towards the old women that might actually eat them. Maybe have someone eating them in the garden listening to Hall and Oates or something.

I actually did some further research on this and it was number 15 in the best adverts of 2011. I don’t really know what that means though.  Anyway, check it out below: