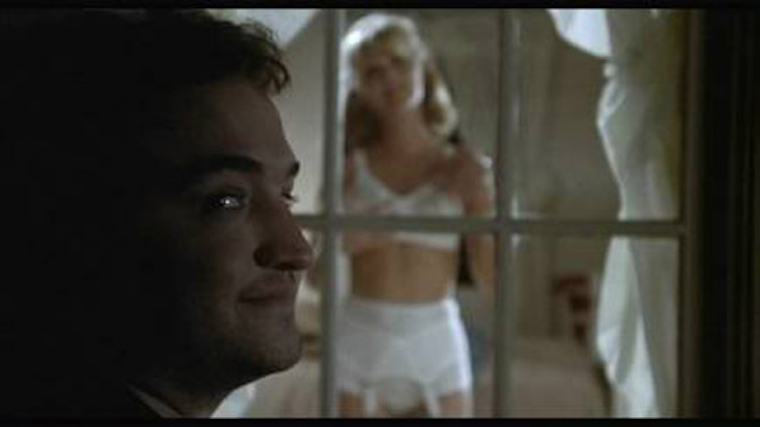 If you’re performing a sexy strip routine on a webcam you probably don’t want the curtain to fall down and a couple of guys to perv on you during it.

This is a couple of years old but I have never come across it before and it doesn’t have that many views considering its age and it’s genuinely hilarious so I thought it was worth featuring on Sick Chirpse.

Basically it’s exactly what the title says: some teenage suicide girl (not sure if she is actually a teenage girl judging by the amount of tattoos she has, the guy probably just titled the video like that to make it even more bait and get even more perverts to click on it) is doing some sexy webcam dance in her bedroom – either for her boyfriend or for some sick fvck who pays young girls to dance in front of their webcams for them – and she gets caught in the act by a peeping tom.

It’s a pretty comical way to get got which makes me think that maybe it’s a troll, I mean do teenage girls actually live in houses with no curtains and put sheets up over their windows so people can’t see in? And do people actually trim their bushes with shears? It’s pretty realistic how the guy calls his buddy along to check it out when he realises what he’s watching though.

Also it’s kind of disturbing how the top rated comment on YouTube is that one of the guys peeping in on her is actually her dad?? That can’t be true surely!? Although I guess it would explain why he was outside trimming the plant with the shears, but then also you would think that if he was her actual father he could probably afford curtains for his daughter’s bedroom, right? I dunno what the truth about this video is but it’s pretty lolz so you might as well check it out. It’s almost 5pm on Friday and it’s a good way to start your weekend.