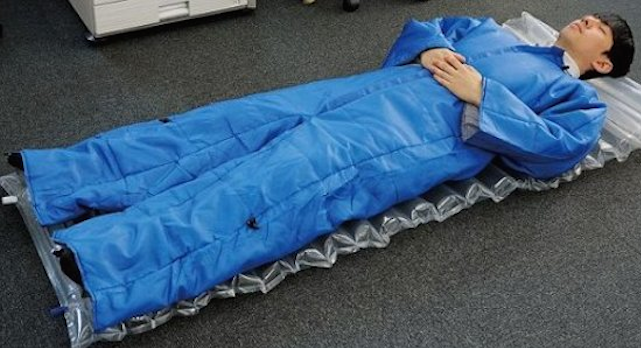 The answer to all life’s problems.

It’s often the case that you’re out at night and you’re trashed and you just can’t fathom getting home so you end up sleeping on someone’s couch or floor and it’s probably one of the worst night’s sleep ever (or worse yet you just get pranked by your mates whist you’re asleep) but thankfully some idiot has come up with a solution for this – a wearable futon so you can fall asleep comfortably wherever you are.

Of course, the invention comes from Japan and it’s called the Wearable Futon Air Mat Set and it’s part jumpsuit part air mattress (never thought I would type that) made by a company called King Jim who specialise in office supplies. It only costs about £30 – bargain – but unfortunately is only available in Japan right now.

Obviously the fact that it’s been designed by an office company suggests that the idea behind it is for bosses to encourage their grunt workers to pull all nighters and not go home from the office, but I think if it made its way over here then we all know that we’d be using it whenever we went out to a party so we would always be guaranteed a good night’s sleep. At least that’s what I would be using it for.

It might even help victims of sleep paralysis, although then that means we wouldn’t get to see this freaky sleep paralysis artwork anymore, which might not necessarily be a good thing. 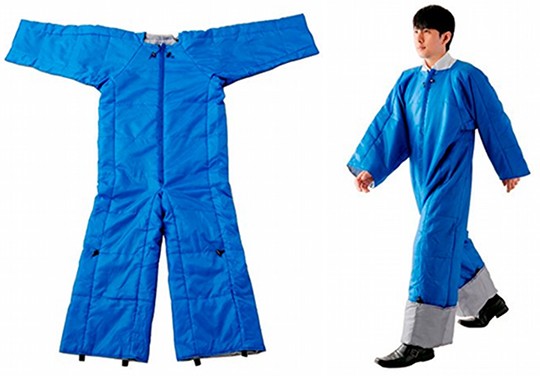