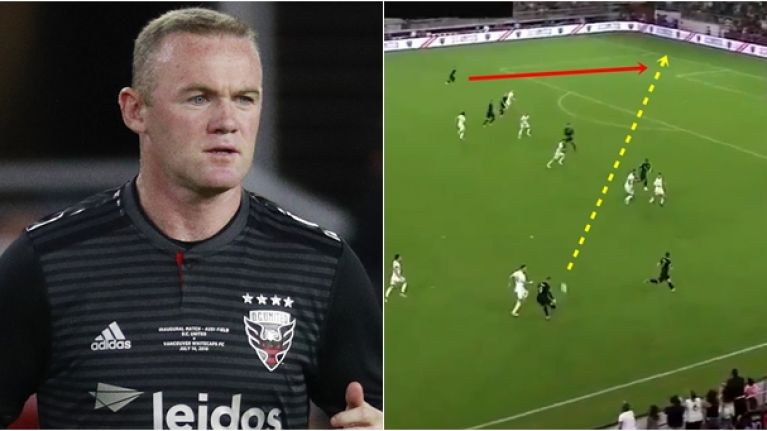 Turns out Wayne Rooney didn’t go to America to put his feet up and cash a cheque. He just pulled off an incredible last-ditch tackle and assist in injury time to set up victory for DC United against Orlando City.

In fact the 32-year-old is getting properly stuck in, having already broken his nose and scored a goal in the last game he played.

Here’s how he set up the late winner in last night’s game:

Wow, Wayne definitely wasn’t in the mood for losing, was he? That had to be one of the cleanest slide tackles the MLS has ever seen, followed by perfect accuracy on that assist. Not bad at all for an old Brit everyone thought was heading to retirement. Not sure what the hell the keeper was doing, mind you.

He’s come a long way from being body-shamed for his ‘dadbod one pac’.