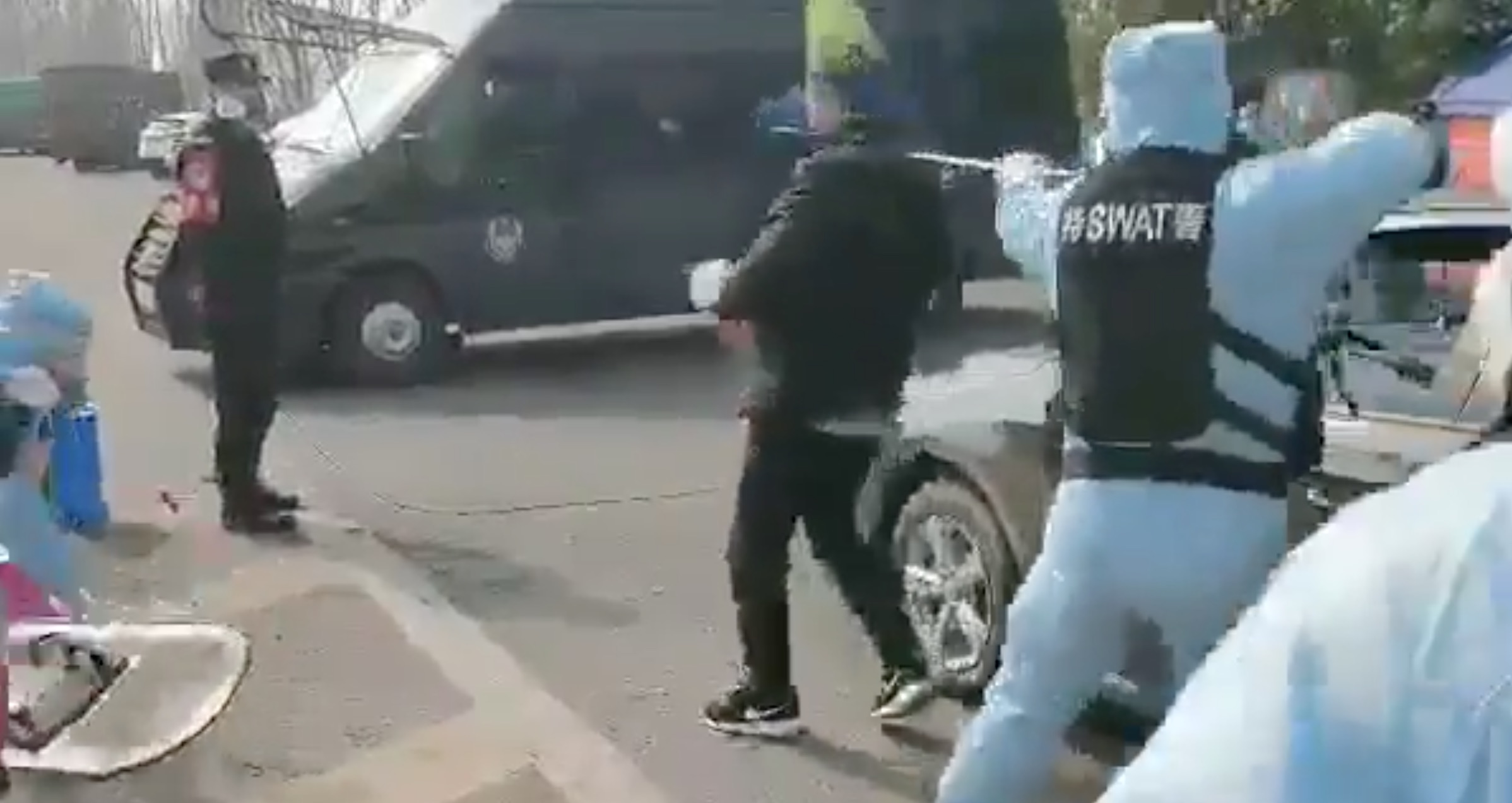 Obviously the Coronavirus pandemic is completely screwing up the world right now, but it’s being reported that things are settling down a bit in China where it all kicked off after Wuhan reported no new Coronavirus cases for the first time in a couple of months.

However, despite this the video below tells us that it’s still a bit of a mess over there. It shows some Chinese guards at some kind of border testing people coming through for whether or not they have Coronavirus and one idiot refusing to comply and the absolutely hilarious method of subduing him that seems to be in operation over there at the moment.

Bear in mind that this is a training video so it isn’t a real life situation, but even so if this is how they’re training people to deal with Coronavirus idiots then this must be the official way they’re encouraging people to do it and it probably is going down all over the country right now?

Honestly, it’s like something out of ‘Takeshi’s Castle’ or some other bizarre game show and actually makes me wonder if it isn’t an outtake from some weird TV quiz over there and we’re all being trolled by the person who posted it on Twitter:

I’m not saying we should do that, but the way China is dealing with #COVIDIOTS is hilarious,

note the landing fishnet device for catching the idiot that refused to be tested 😂😂😂pic.twitter.com/89FL9oEJ1S

I mean what the heck is that weird fishing net that they put over his head for no apparent reason hey? I guess maybe it stops him spreading his germs when he’s shouting and spitting as they try to subdue him, but it kinda defeats the point of that if they’re just take it off almost straight away after getting it on him.

The whole thing comes across as more comedic rather than serious, but I guess it’s pretty different over in China to how it is over here. Maybe these are the measures we need to take to get people to stay indoors and stop spreading the virus?

Also I probably shouldn’t need to say this but I know that Coronavirus is no laughing matter – stay inside FFS – but you have to look at things like this and laugh in these trying times right? Don’t you?

For more of the same, check out this supercut of Italian mayors going batshit crazy at people refusing to self isolate. Can’t really blame them.