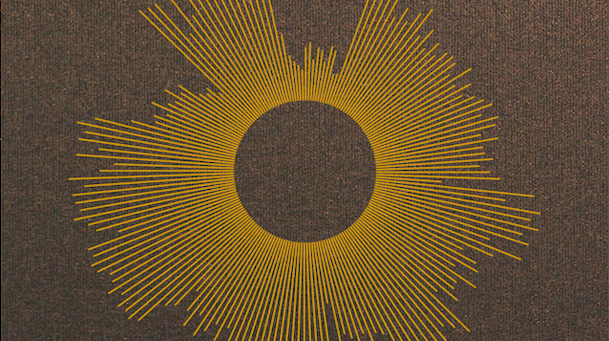 Alex Szabo-Haslam has visualised some of the greatest electronic hits in minimalist form in this incredible new poster series.

Alex Szabo-Haslam is a former techno and electronic promoter who now works as a graphic designer and has decided to combine his two loves in a brand new high quality poster series.

Alex has taken the waveforms – hence the name of the project waveform – from 29 big tracks from across the entire electronic music spectrum between 1977 and 2001 and turned them into some really incredible minimalistic artwork. It’s a bit like using electronic glasses to get high but without the electronic glasses.

The posters are A2 screen printed pieces featuring a range of GF Smith Colorplan stocks, as well as several metallic papers and fluorescent inks. You can see a bunch of the prints that will be available as part of the series below. Artists involved include Daft Punk, Radiohead, New Order and LFO as well as some local heroes from Alex’s hometown of Sheffield like Heaven 17 and The Human League.

The prints are a limited edition and you can currently buy them over at Alex’s Kickstarter page, which is due to finish on September 12th. We’ve even enclosed some pictures of them framed and on the wall so you can imagine how great they would look in your office/bedroom. If you’re into old school electronic music, then this is the one for you. 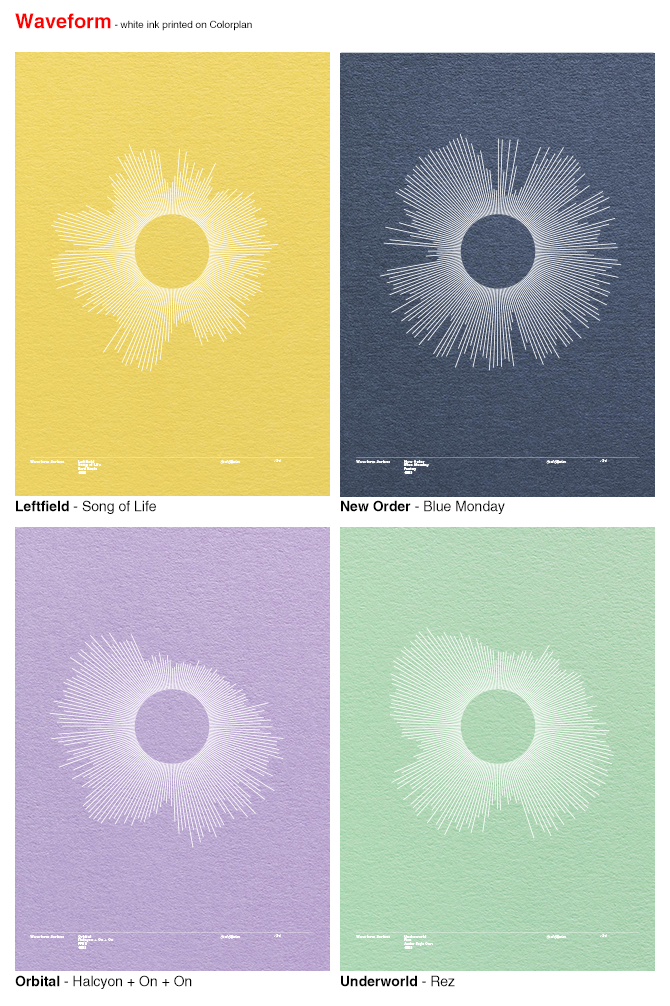 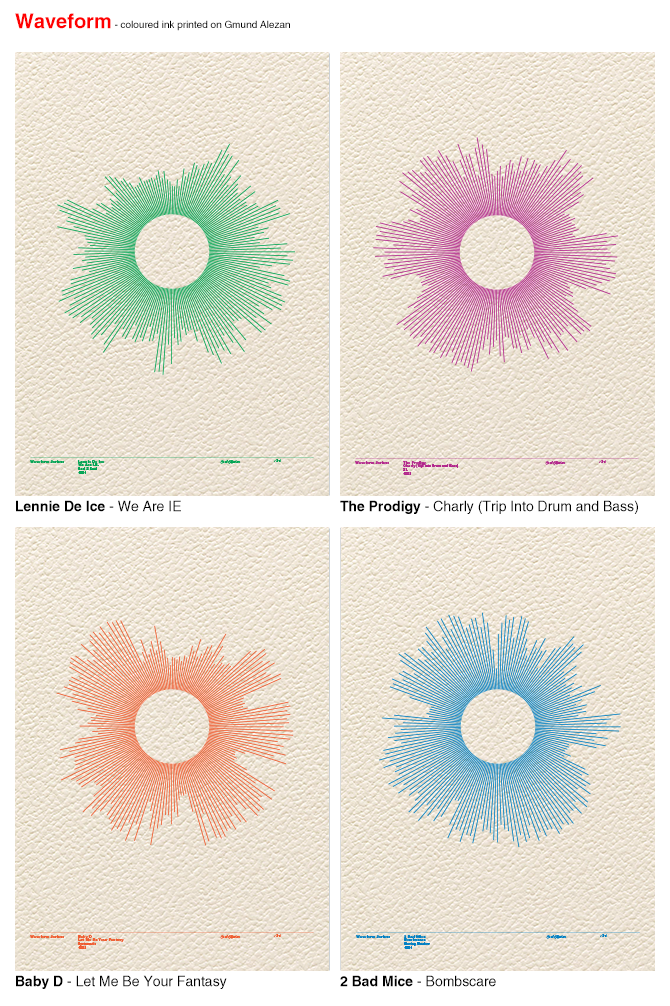 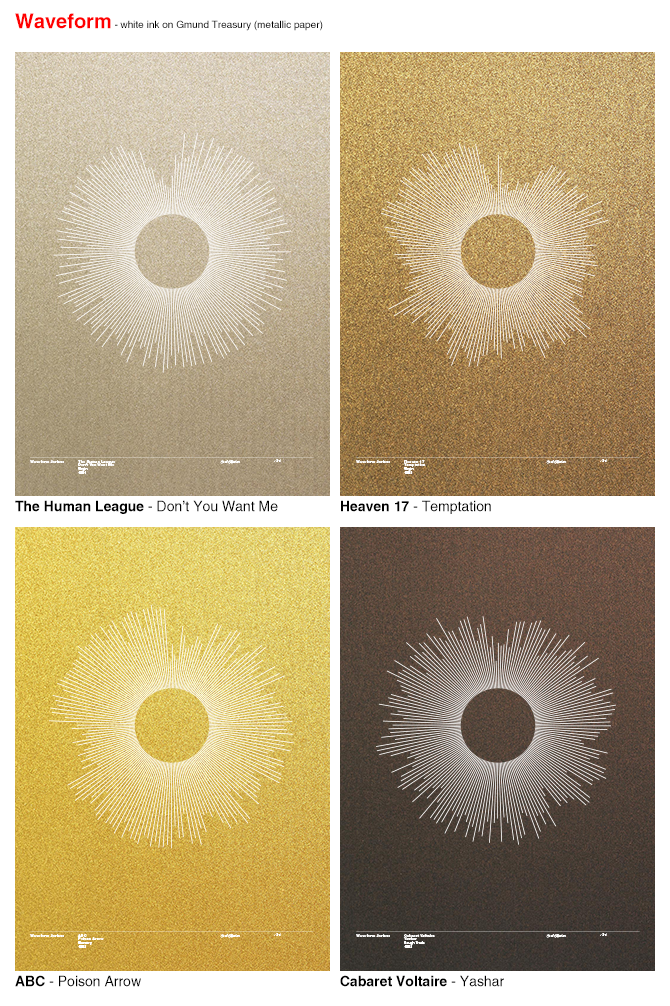 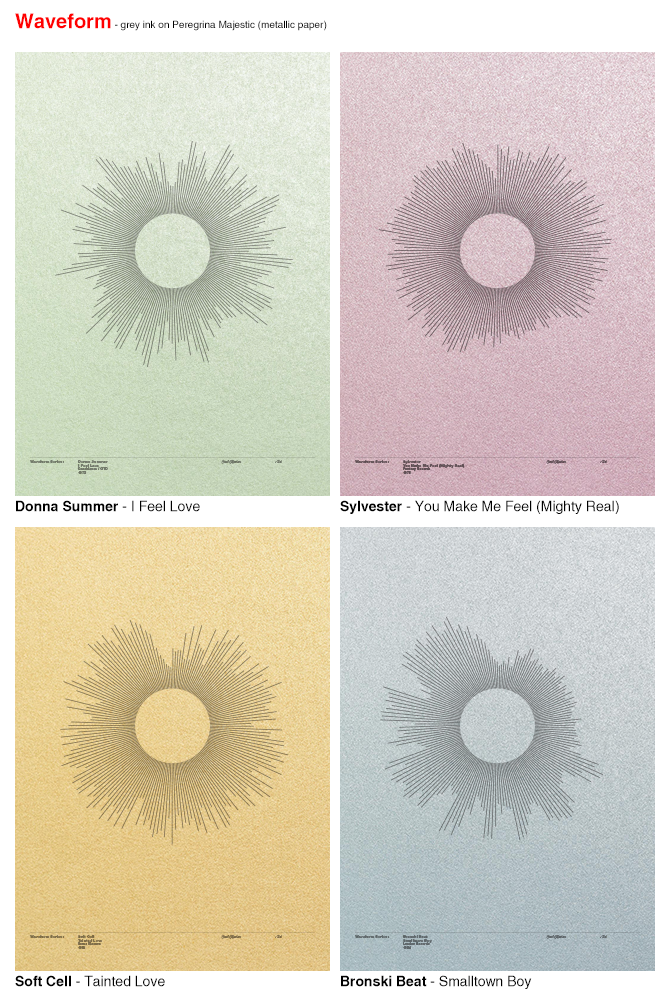 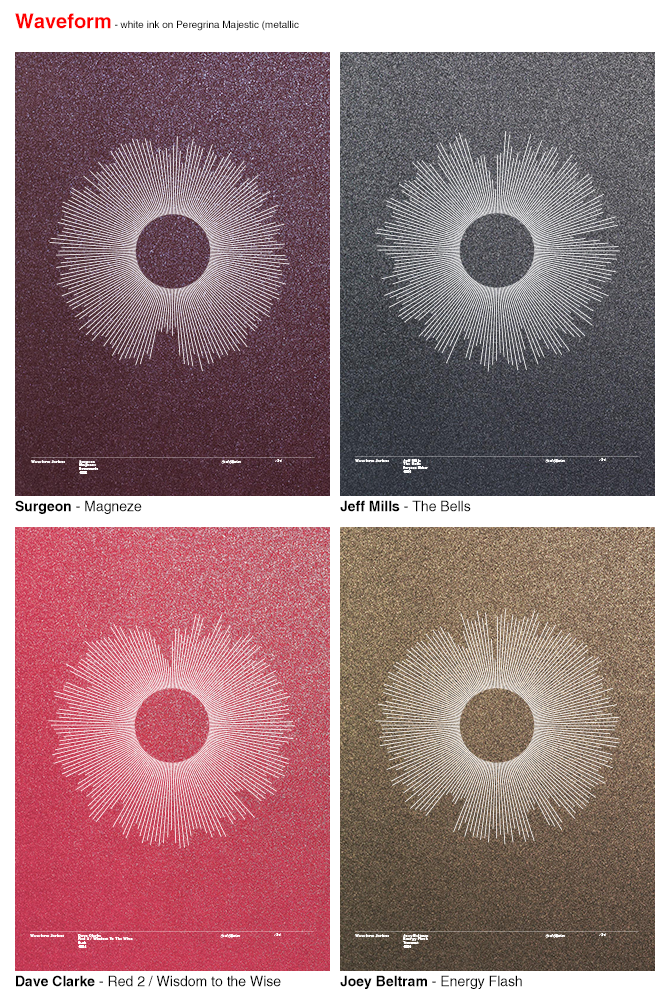 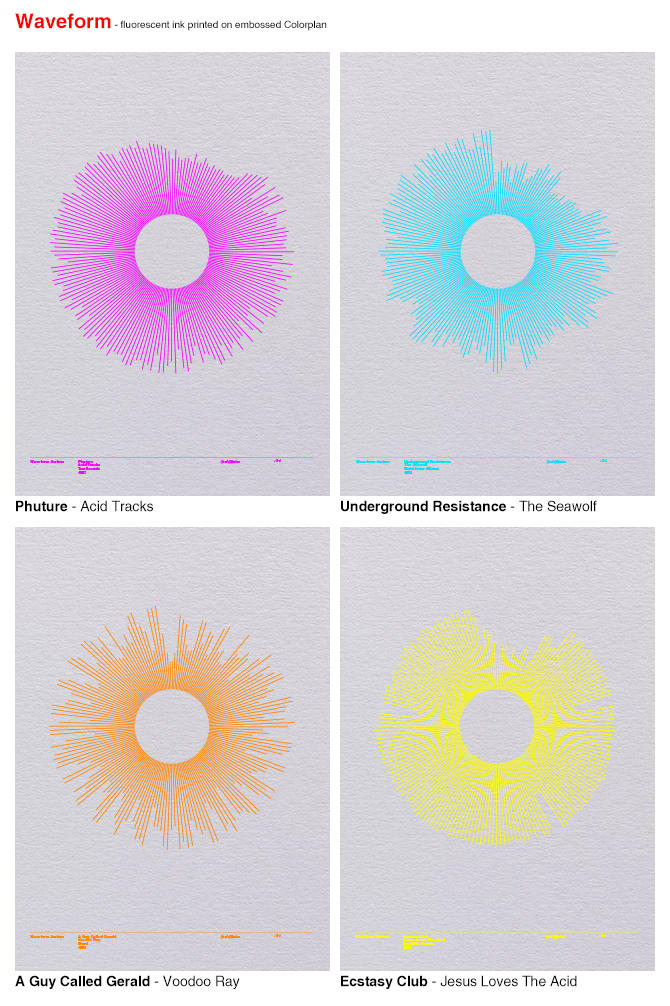 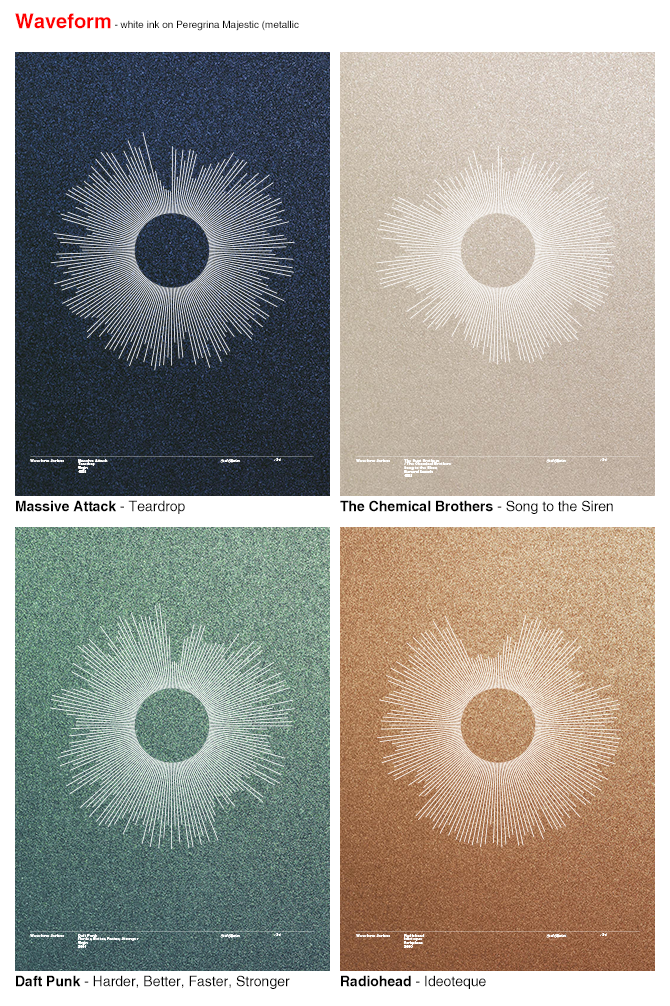 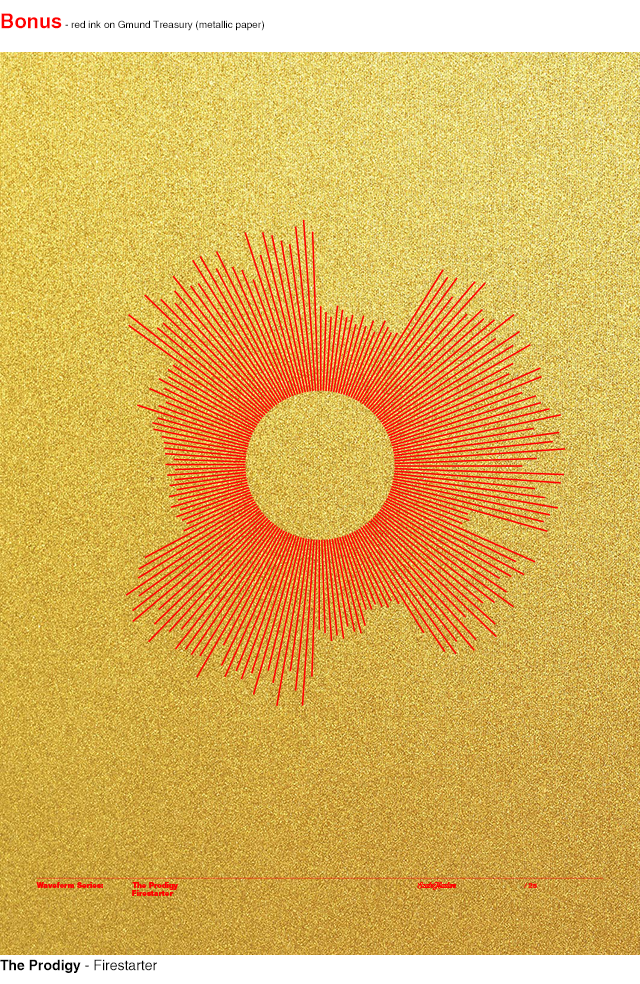 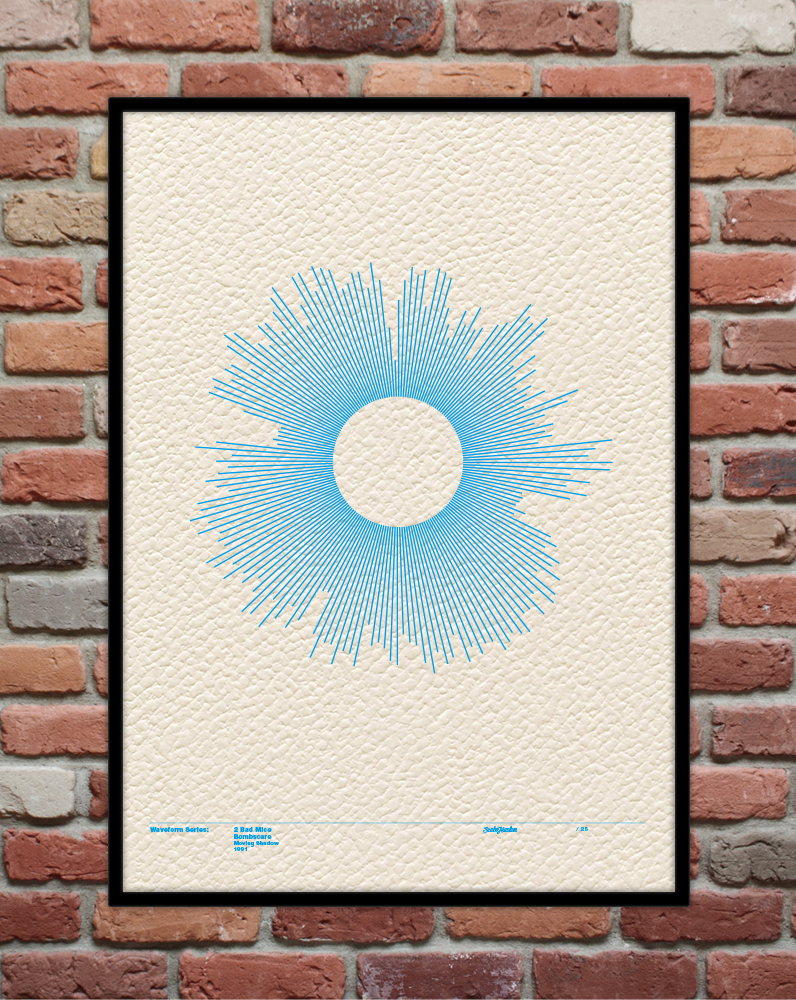 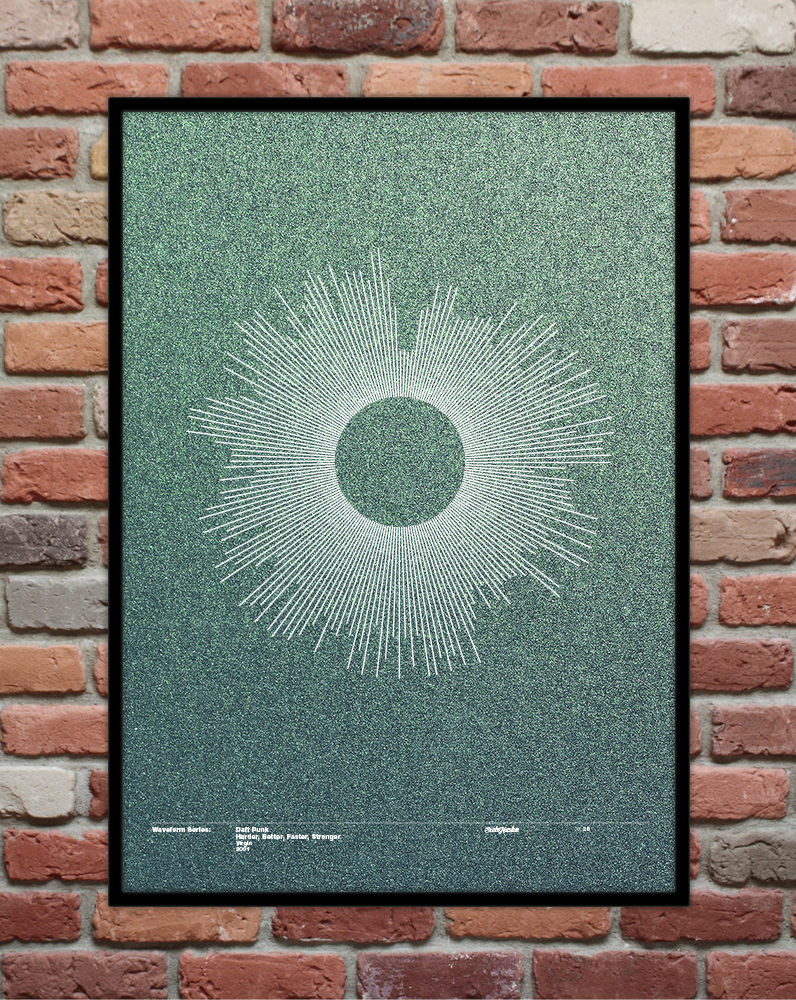 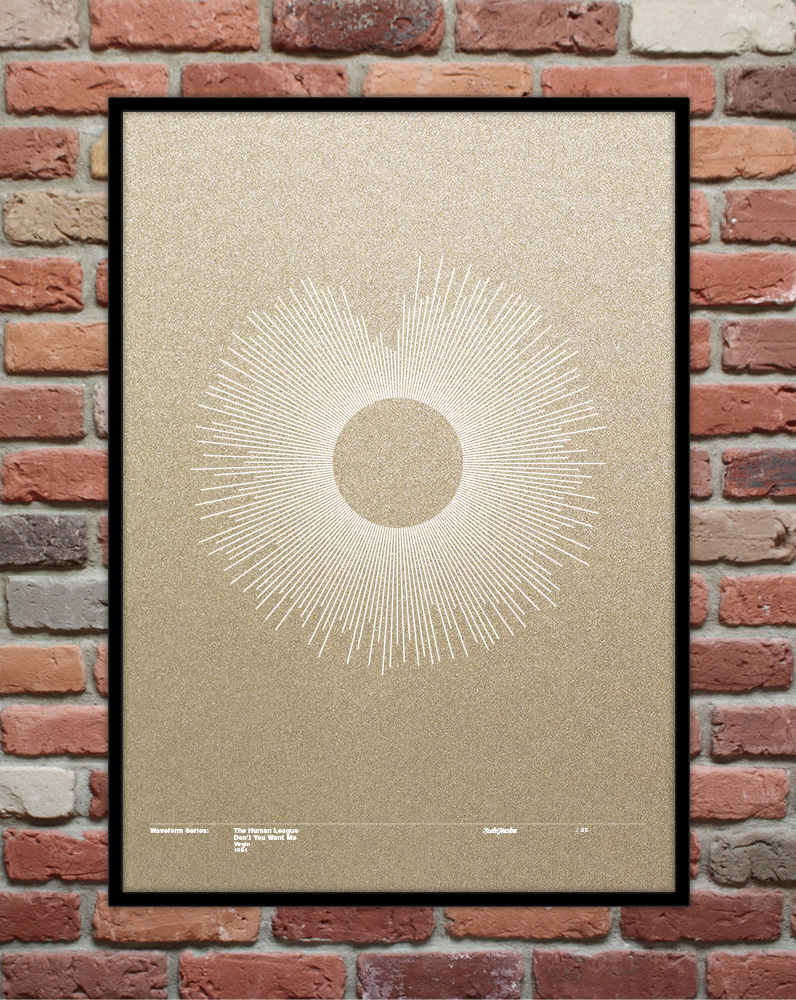 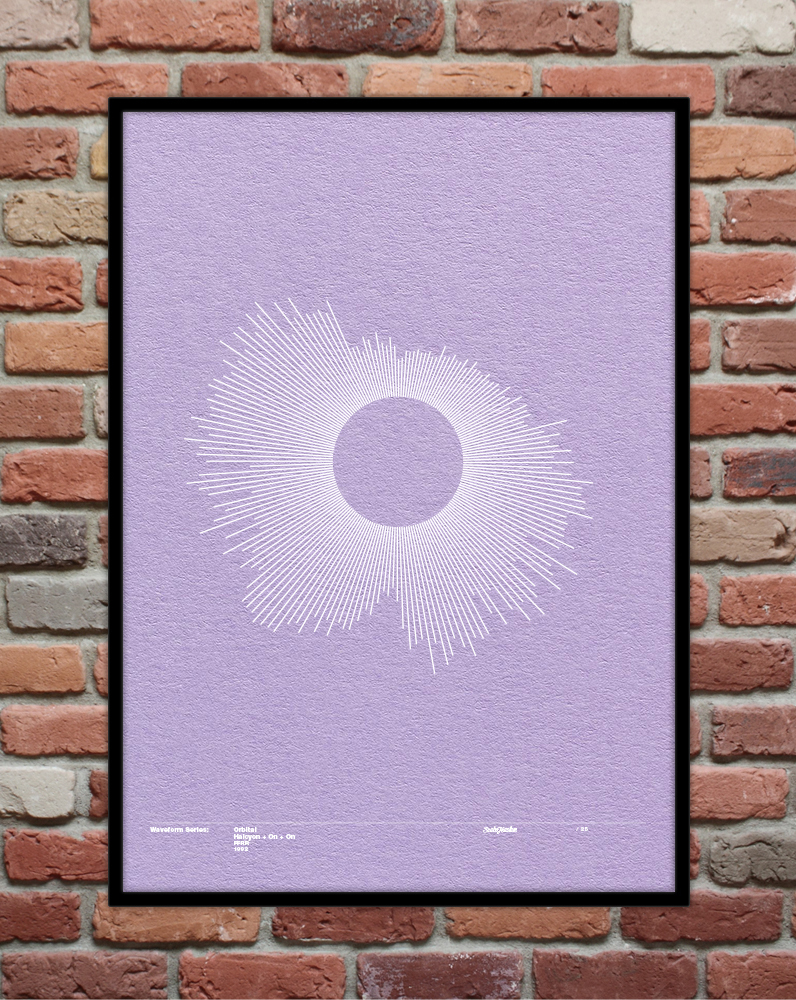 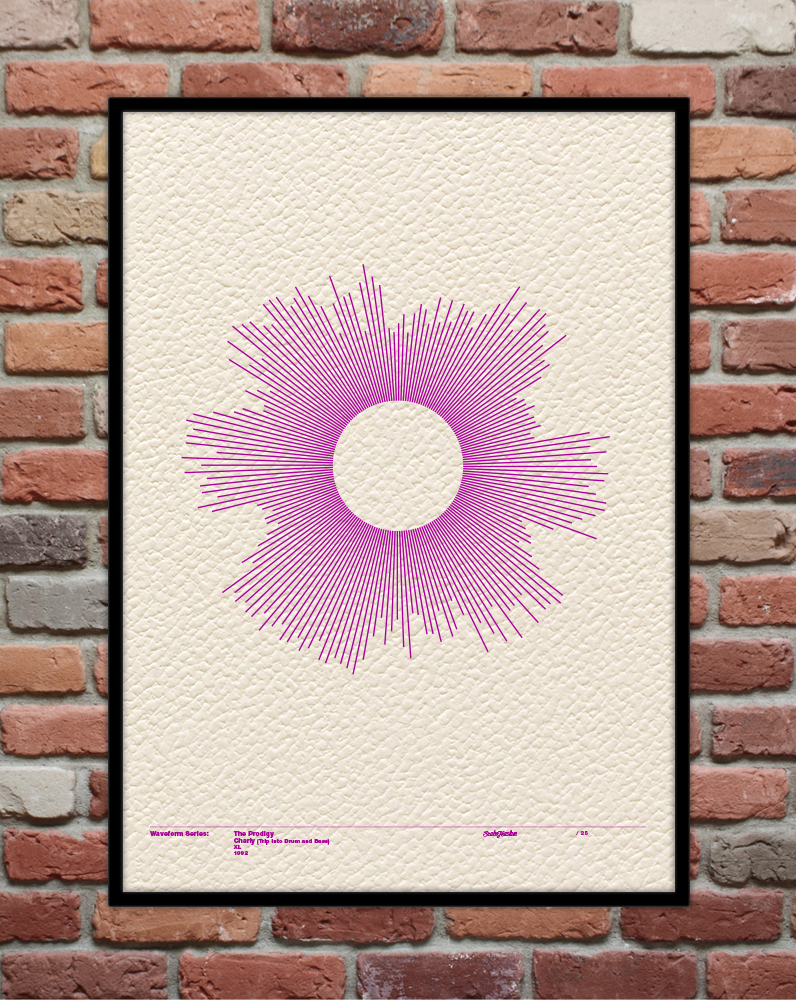 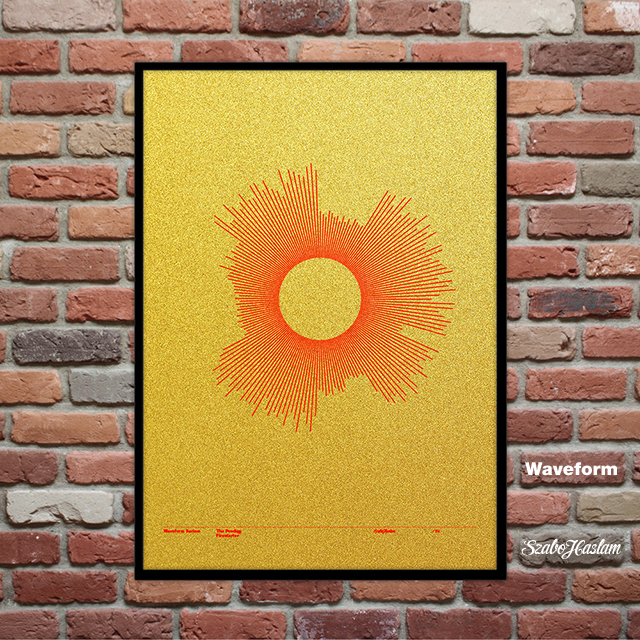