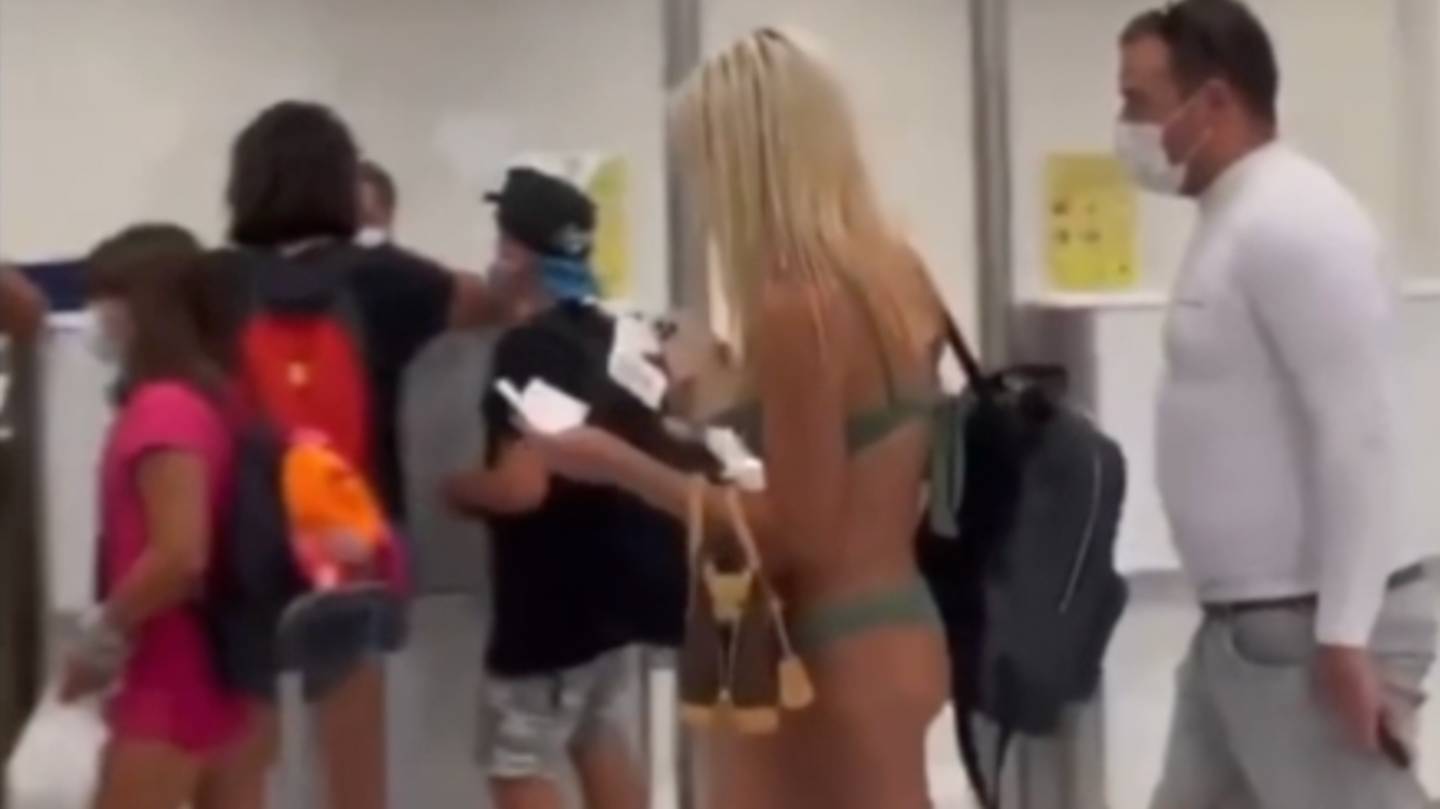 I don’t think there’s any formal dress code for going on an airplane but I’ve always found it kinda weird when people get dressed up and wear suits or whatever – surely you just wanna be in your most comfortable clothes because chances are it’s going to be a pretty crappy time on the plane?

Anyway, I normally wear shorts, a football shirt and a hoodie and I thought that was pretty much the definition of casual, but it turns out that a woman over in America has taken it up a notch by just wearing a bikini and a face mask. Get a load of this footage of her walking around the terminal without a care in the world.

A post shared by Humans Of Spirit Airlines (@humansofspiritairlines)

What an absolute killer, although I do kinda worry for her because planes are normally a bit cold aren’t they? Hope she had a hoodie or something in that bag for when she got a bit cooler. Wonder where she was going?

For more of the same, check out this massive fight at Luton airport that left three people injured and seventeen arrested. Ouch.