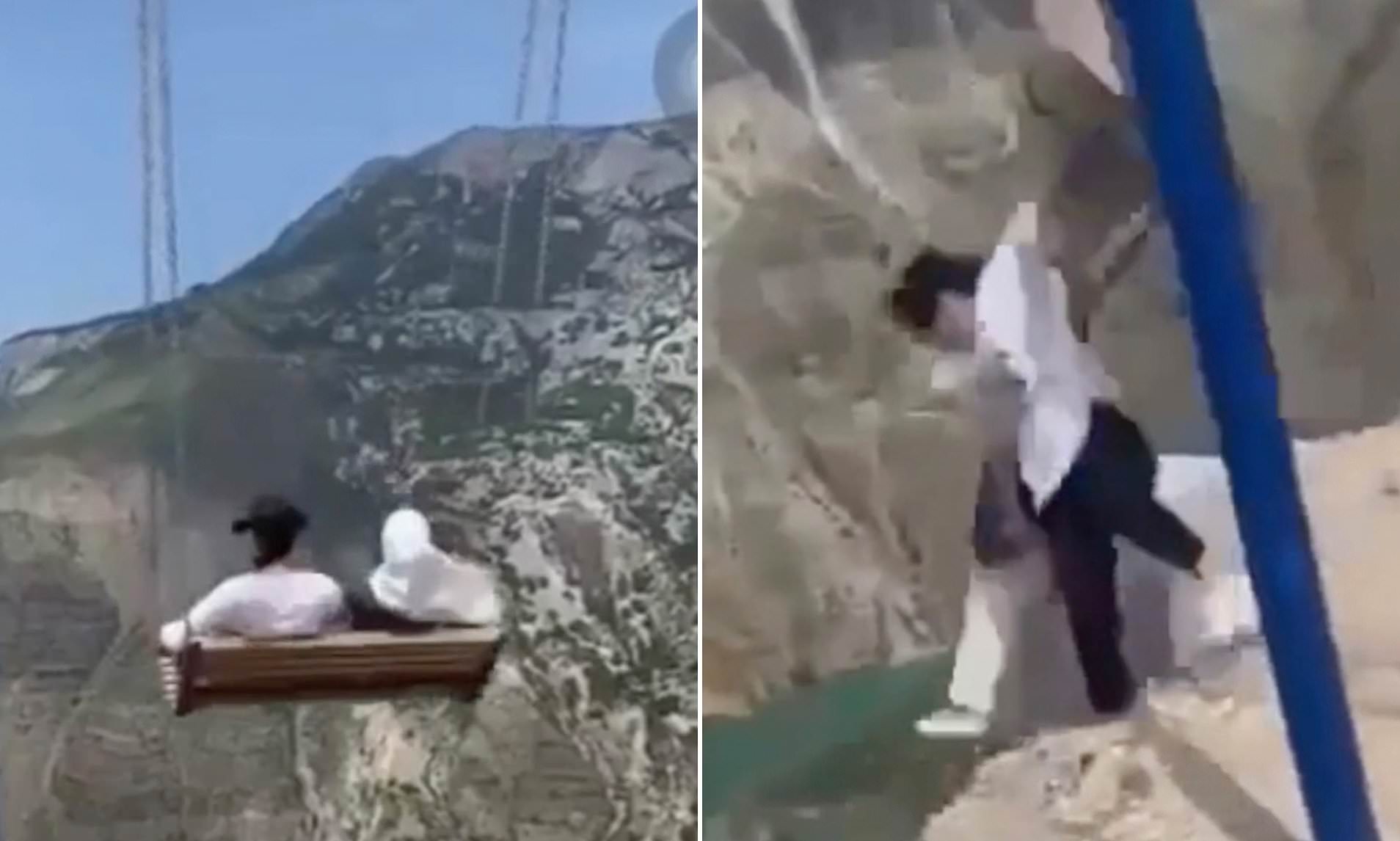 There were people on the swing as well.

I think by now we all know that there are definitely a whole load of backwards and really unsafe things going on in Russia, but this video might be one of the most wild and crazy that we’ve ever featured in the history of Sick Chirpse.

We’re over in Dagestan, Russia for this one, where for some reason there’s a swing set up over the edge of one of the biggest canyons in the world. It’s 6300 feet deep and the two person swing doesn’t even have a safety bar on it or anything.

Amazingly, it doesn’t sound like there have ever been any problems with it over the years, but all it takes is one little accident. Thankfully somebody filmed it (and incredibly nobody got hurt either if you’re scared of watching it because of that):

Moment two women fell off a 6000-Ft cliff swing over the Sulak Canyon in Dagestan, Russia.
Both women landed on a narrow decking platform under the edge of the cliff & miraculously survived with minor scratches.
Police have launched an investigation. pic.twitter.com/oIO9Cfk0Bx

#UPDATE : In Dagestan, two girls, riding on a swing, fell down the Sulak canyon. Fortunately, they almost did not suffer – they got off with bruises. Eyewitnesses helped the girls to get out. pic.twitter.com/HkjzMPJa0j

Jesus. Every time that guy pushed the swing again I was having palpatations because I knew what was going to happen and I thought it was going to be the time that it snapped, but then when it did happen it was way less extreme than I figured it would be. Still utterly terrifying though.

Thankfully, because the swing snapped so close to the edge of the mountain, the two women didn’t end up slipping 6300 feet but instead they landed on a wooden platform immediately below where the swing was set up. Talk about one of the closest escapes of all time.

The swing is most likely going to be removed now, but you have to question why something that was so clearly unsafe was even set up there in the first place. Oh yeah, because this it’s in Russia duh.

For more of the same, check out this fairground ride in Uzbekistan breaking in half. Absolutely terrifying as well.