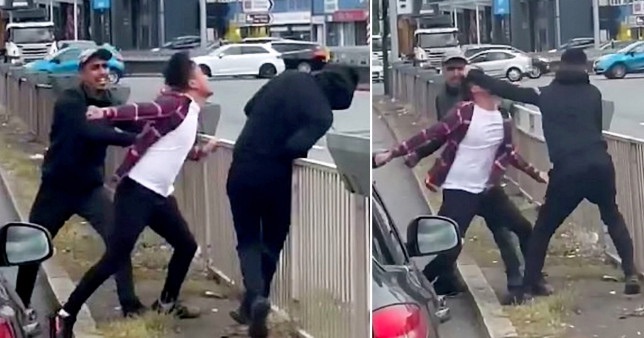 I’m sure all of us have been annoyed by other road users when we’ve been driving around at some points in our life, but there’s not really any excuse for going completely off the rails and beating the shit out of someone is it? Reign it in guys.

This road rage attack took place in Birmingham on Tuesday afternoon on the busy A45 Coventry Road and was filmed by another road user on their mobile phone. The two men in question grab the guy and haul him out of his car before they start savagely punching and kicking him, although in fairness to him he does do a pretty good job of defending himself.

The fight is eventually broken up by another woman who jumped out of her car and dragged one of the men away:

What a mess. You can’t really see what happens after that and we don’t know why the fight started, but it’s still pretty scary to think that someone can just grab you out of your car on a main road and start battering you, whether it was a road rage incident or a pre meditated attack. I guess that’s Birmingham for you though. Be careful.