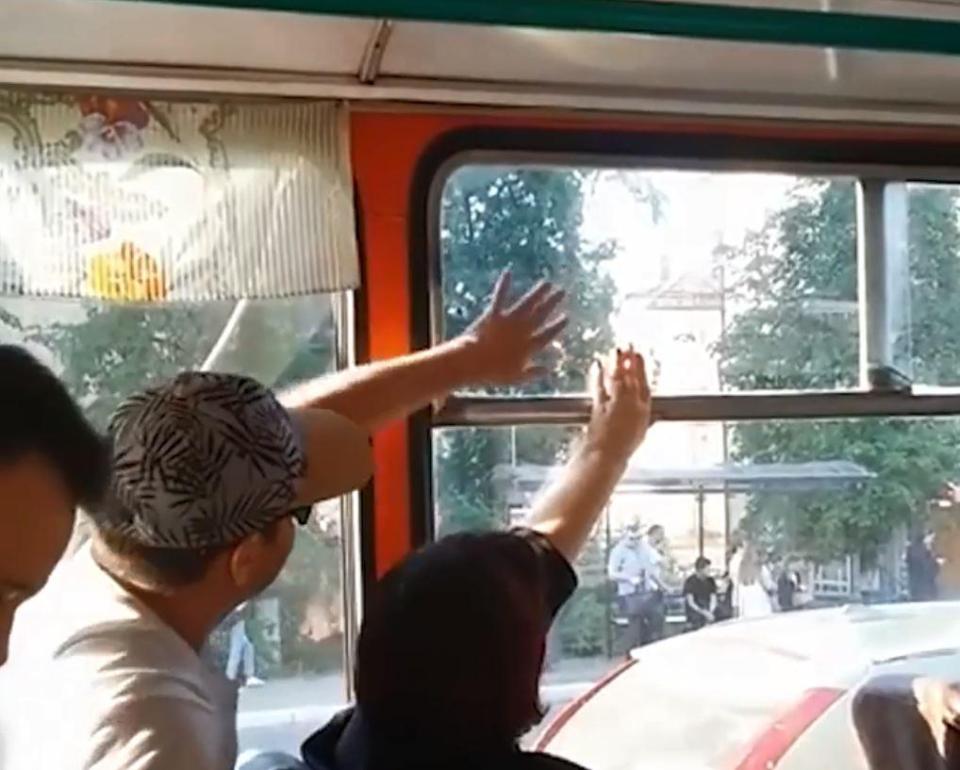 It’s normally fairly standard practice when you’re on public transport to ask if anyone is going to be bothered if you open a window or at least to explain why you’re closing it after someone else has opened it, but very occasionally people decided to refuse to acknowledge each other and instead engage in a passive aggressive eternal battle to have the window how they want it.

The footage below goes on for almost four minutes and features the pair going at it opening and closing the window for pretty much the entire duration of that time. It comes from Nizhny Novgorod over in Russia which perhaps explains their inability to communicate with each other – you know the traditional view of Russians as stoic, emotionless human beings and for all the good the World Cup has done to erase this stigma, this video might return it all over again.

It’s also some great silent comedy that kinda reminds you of a Mr Bean or Charlie Chaplin movie. Could be big all over the world:

Fascinating hey? I just can’t stop watching it even though I know what’s going to happen because it just keeps happening over and over like a perpetual motion machine or something.

I only wish that we saw who eventually won or what happened when one of them had to get off the bus. Kinda dumb the person filming didn’t keep it going that long, although I guess they probably got a bit bored of filming the same thing over and over again eh? So it goes.

For more of the same, check out this guy getting hit by a bus then casually getting up and walking into the pub. Nice.