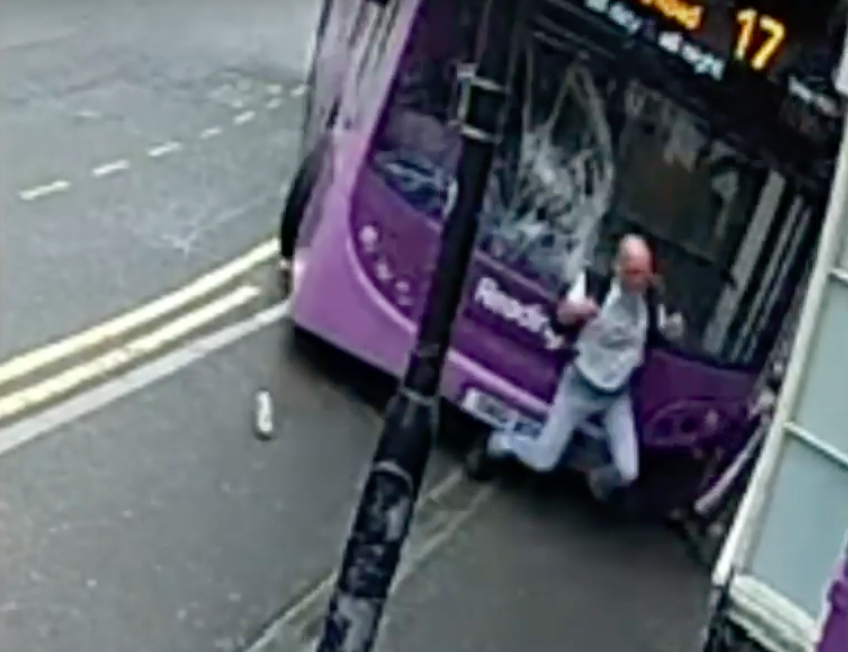 Simon Smith has officially achieved badass status this week after he was caught on CCTV getting hit by a bus… and then heading straight to the pub.

Smith was walking by a bus stop in Reading over the weekend when an out of control double decker bus ran straight into him. Most people would be pretty shaken up by an incident like this, but not Smith.

After a brief hospital check, he went straight to the Purple Turtle.

I think he [Simon] pretty much got up, brushed himself down and then an ambulance came and took him to be checked.

He got looked over and didn’t have any lasting injuries – but he’s covered in scrapes and bruises.

He then got released from the hospital and I think he just went for a pint to relax.

Fair play to the guy – I guess you’d need a pint after that.

For more of the same, check out the guy who woke up in a morgue, got up and went straight to the pub. Him and Smith must be kindred spirits.