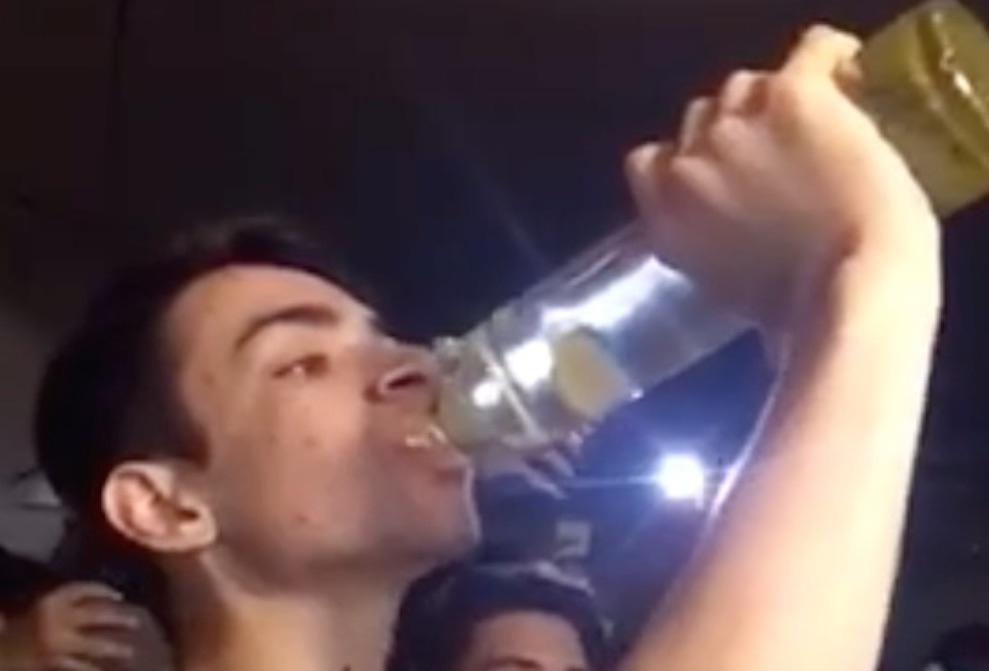 Everyone ends up doing a lot of stupid things at university, but these days they’re all going to be immortalised forever and put on the internet because everyone has smartphones.

Whether that’s a good thing or a bad thing remains to be seen, but this guy certainly wanted his ‘achievement’ placed on the internet for prosperity after he downed a whole bottle of vodka for a $5 bet at a student house party at Arizona State University in Tempe. Here’s him describing it in his own words:

I took a bet with a friend that I could chug a full bottle of Ciroc for 5 bucks and there was no way I was backing down.

I immediately began chugging water to flush my system and later that night it came down to it and I successfully chugged the bottle in one drink and made my 5 bucks. I didn’t throw up or black out.

Would I do it again? Of course cause I had a blast that night!

Sounds like an absolute party animal – let’s see him in action:

Wow – that’s pretty impressive. I wasn’t sure if he was going to make it as he looked a bit worried around the 0:47 mark and 1:08 mark, but he got there in the end. He does look wasted though at the end. I’m kinda surprised that more people weren’t celebrating and going crazy for him though because that is a pretty big feat – all them man gets is one guy high living him and a couple of cheers. I would be going absolutely crazy and hugging the guy if one of my friends did that, you know?

For more of the same, check out this maniac downing a bottle of whiskey in ten seconds. He’s Welsh.