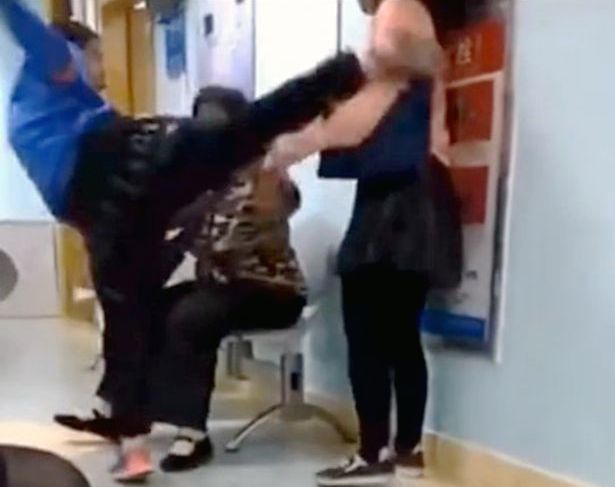 Not sure about you guys, but if my mum kindly asked me to stop playing video games in public when I was a kid, I’d do as I was told. The last thing I would ever dream of doing would be to repeatedly high kick her in the face. Unfortunately for this mum, the same can’t be said for her 9-year-old son.

The boy had accompanied his mum and elderly grandmother to a local hospital in Guangzhou city, China, and decided to kill time by playing games on a device. However, when the mum requested for her phone back, that’s when it all kicked off. The boy unleashed a completely unnecessary attack which got so out of hand that the grandma stepped in to try and protect her daughter.

Since being released online the video has gone viral, with many people branding him the “most spoiled kid in the world.” I wouldn’t go that far, but I would say that this kid needs some serious discipline in his life. You can’t go around kicking your mum because your millennial brain can’t cope with sitting in a waiting room for half an hour.

He’s nearly as bad as this spoilt girl who spent £60,000 of her uni fund on clothes, only to then blame it on her parents for not teaching her to budget. Kids today.