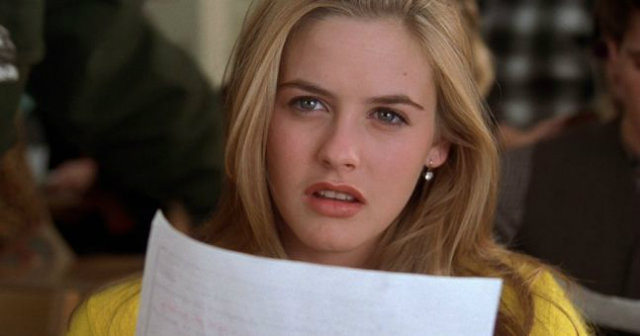 Introducing the most spoilt 22 year old brat of all time.

A 22 year old student from Atlanta had a killer budget for her college experience (university to us Brits) – $90,000 (around £60,000). She managed to blow it all on clothes and travelling around Europe though and now has a year left at uni with nothing left to pay for her tuition. Clever.

I think it just goes to prove that kids nowadays (‘kids’ – she’s 22) are more spoilt and selfish than ever before. I mean just look all these quotes she dropped when phoning in to that show – the crazy thing is it’s easy to imagine a young person nowadays speaking like this:

Years ago my grandparents set up a college fund for me, which was amazing, and I haven’t been very good with my budget for school. The first payment for my senior year just arrived and I don’t have the money basically. I’ve just been avoiding it. I knew the bill was coming.

I used it to budget for school clothes and college break money. I probably should have not done that. I took a trip to Europe. The Europe thing I thought was part of my education and that’s how I tried to justify that.

Maybe (my parents) should have taught me to budget or something. They never sat me down and had a real serious talk about it.

(My parents) said there was nothing they could do for me. They’re not being honest with me saying they don’t have (money) because my dad has worked for like a million years and they have a retirement account.

Bert Show co-host Jeff Dauler: “You could get a job for the school …maybe the cafeteria’s hiring.”

Then my parents suggested I go take out a loan at a credit union and I’m, like, how am I supposed to do that? I have to go inside the bank to get a loan?

I know they’re trying to teach me a lesson and blah blah blah and character building but, like, I hope they realize (working part-time) could have such a negative effect on my grades and as a person.

That’s about as spoilt as it gets really. The thought that her grandparents set up the fund for her so she could cover all 4 years at uni and she goes and blows their money this way must be so sad for them.

P.S. She’s right about one thing though — who the hell wants to work in the school cafeteria? Might as well paint a giant L on your forehead. But still, plenty of others jobs she could have done to balance our wasting her grandparents’ money.