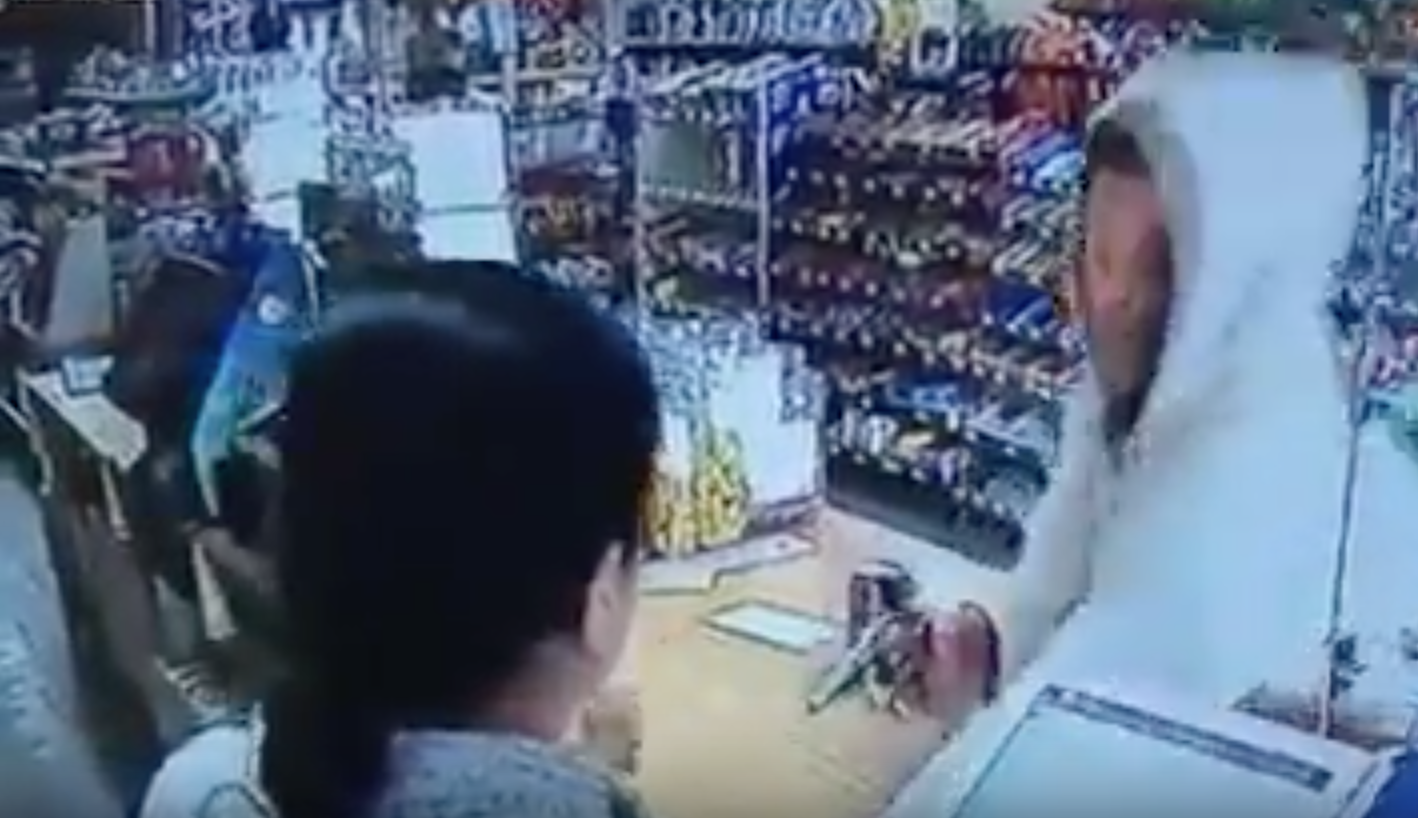 You picked the wrong shopkeeper to fuck with, bro.

I imagine there are few things more terrifying as a shopkeeper than having someone point a gun in your face and demand that you empty the cash register. It’s probably their worst nightmare – and, unfortunately, much more of a frequent reality than it ought to be.

However, one middle-aged shop owner in the US state of Georgia wasn’t going to take an armed robbery lying down. She reacts heroically, and – after a scuffle, which involves her beating the would-be thief over the head with the drawer of her till – she chases him out of her establishment with a hammer. In other words, she’s a mother fucking boss ass bitch, check it out for yourself:

Alright, so it’s pretty hardcore the way she reacted, but in all honesty it’s probably pretty stupid as well. The guy is literally waving a gun in her face and she risked her life for what looks like nothing more than some small change. It’s a miracle the gun didn’t go off during the struggle. Not to mention the money lost would probably have been recovered through insurance anyway, plus the guy’s 100% going to be caught with this CCTV footage – which, for once, doesn’t look like it was filmed with a potato.

Still, you have to admire her bravery. She’s nearly as hardcore as this guy that foiled a robbery with a choke hold.