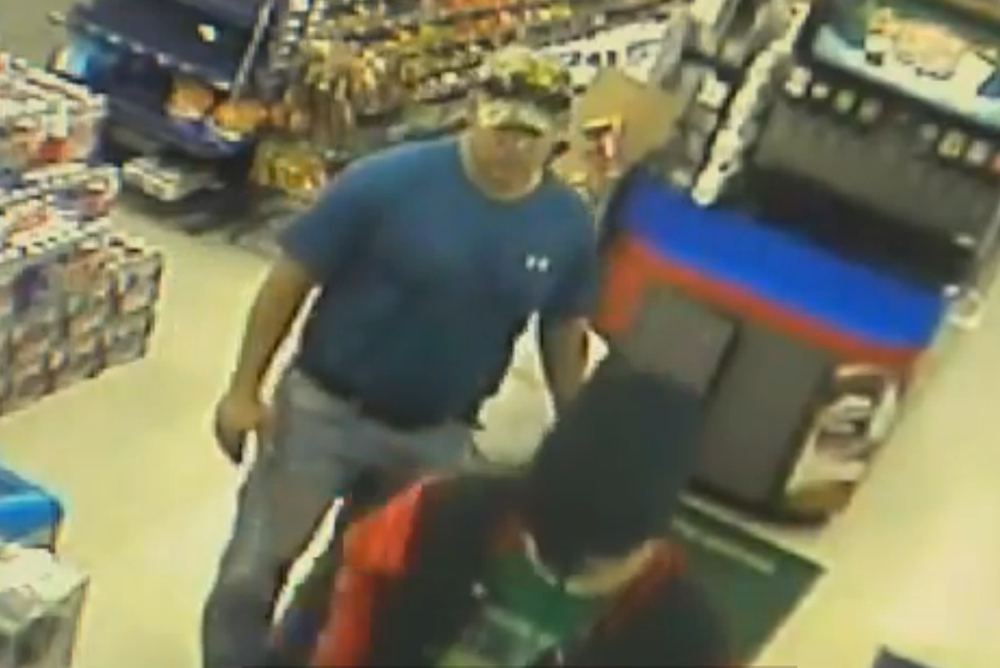 Never turn your back on a man who knows how to execute a sleeper hold.

I’m not sure where this failed robbery took place, but I think it’s America somewhere. Basically, some young guy with a weapon and a mask is looking for some quick cash. Things don’t quite pan out for him though. He turns his back on the wrong dude.

We’ve covered plenty of robberies gone wrong on Sick Chirpse, like the one where a guy loses his penis or the one where the robber’s escape is foiled by falling through a roof. There are plenty of dumb criminals and, nowadays, there are plenty of people trying to catch them with CCTV. We are always guaranteed to get some good footage of cock ups and bell-ends.

Check out this sleeper hold:

It looks like the dude in the camo cap has noticed that the would-be criminal’s gun either isn’t loaded or is fake. He kind of checks it out and then decides to get stuck in. Good on him, looks like he proper put him to sleep.

It’s not quite as brutal as that St. Patrick’s day choke slam though. That was gnarly.