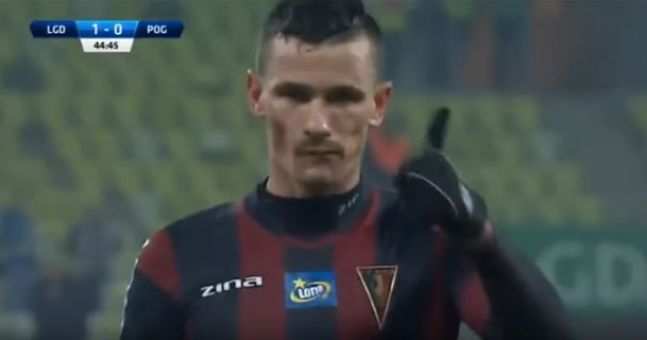 Taking a penalty is probably one of the most nerve wracking things you have to do in football, so there’s no wonder that opposing fans will do whatever they can to try and put off the penalty taker.

Whilst I can condone whistling and booing etc in these situations, I don’t really think I can get behind fans that throw stuff at players to try and put them off because it’s dangerous and could actually end up injuring someone. That’s not really in the spirt of things and that’s why this video is so dope because this Polish footballer just completely owns the guy who threw something at him.

Yep, that’s how he rolls – it was almost Berbatov or Zlatan-esque really wasn’t it? What an absolute badass.

I don’t know if we’ll ever see see Fraczczak make the jump out of the Polish league but if he can clinically thrive under pressure like that then he’s got a chance. Remember the name.

For more awesome penalties, check out the funniest penalty to ever have been scored. No joke.