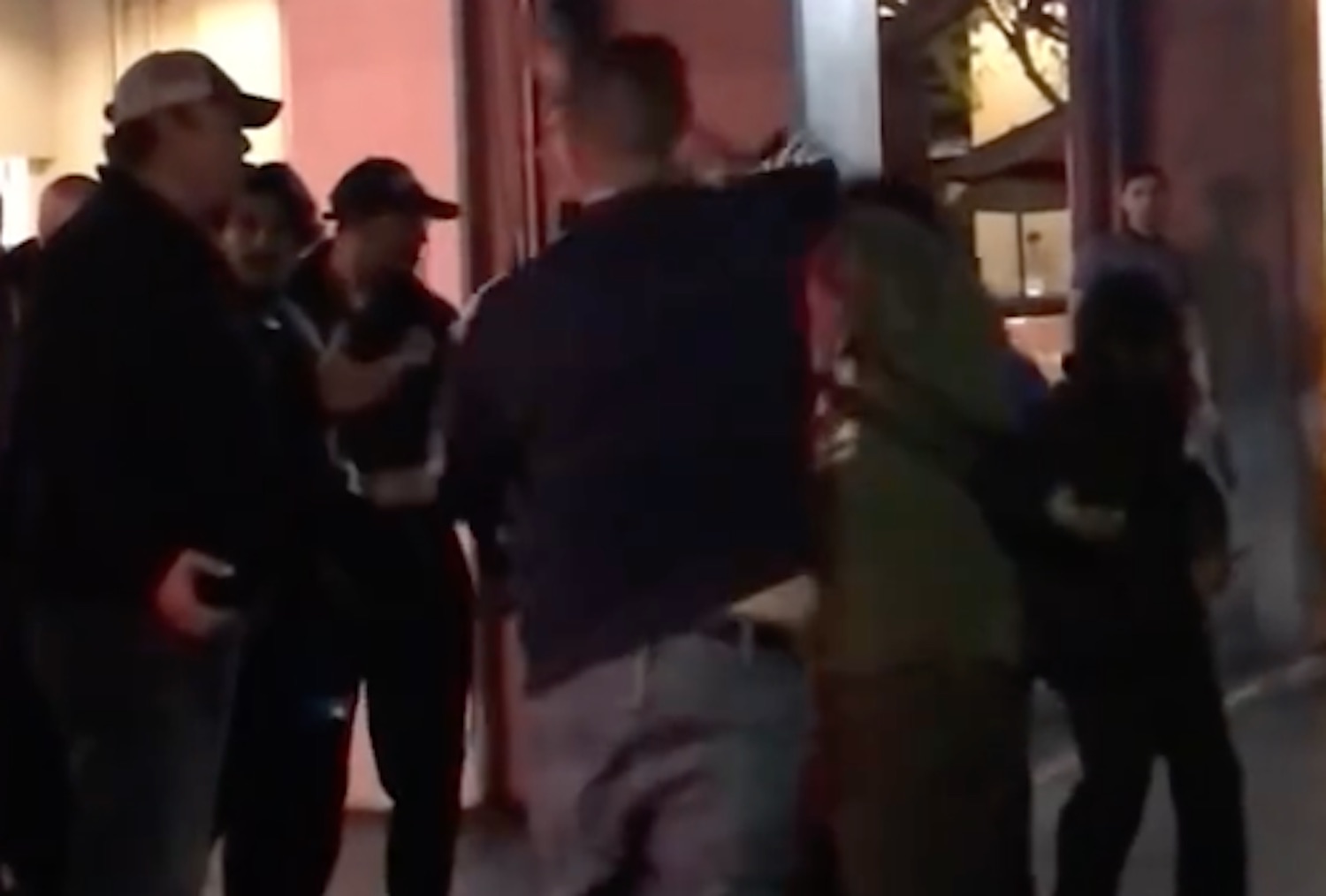 In my experience, it seemed like skater kids were always getting picked on for being different and the outsiders of society or whatever, so it’s kinda great to see some of them in the video below totally owning a guy who is way older and tougher than them and seems to start attacking them for no reason.

Not sure where we are for this one, but it sounds like somewhere in America where a bunch of teenage skaters are getting harrassed by an older guy outside a shop for some reason. It’s not long until the scene turns to carnage pretty much.

Make sure you watch out for the one guy waddling after them because it’s really funny. The last shot of the bully on the floor is pretty satisfying too:

I mean I’m not saying violence is cool, but that guy did kind of get what he deserved as he just pretty much knocked out three kids who were way smaller than him. Serves him right that one of the other ones used his skateboard as an equaliser.

Of course, without the context of the fight we can’t know who was wrong or right, but the old guys definitely threw the first punch so they got what they deserved in my book. And skaters are just way cooler than angry old men anyway, so they’ve got that going for them too.

For more of the same, check out this skater smashing the windscreen of some dickhead in a McClaren after he ran him over. He deserved it as well.