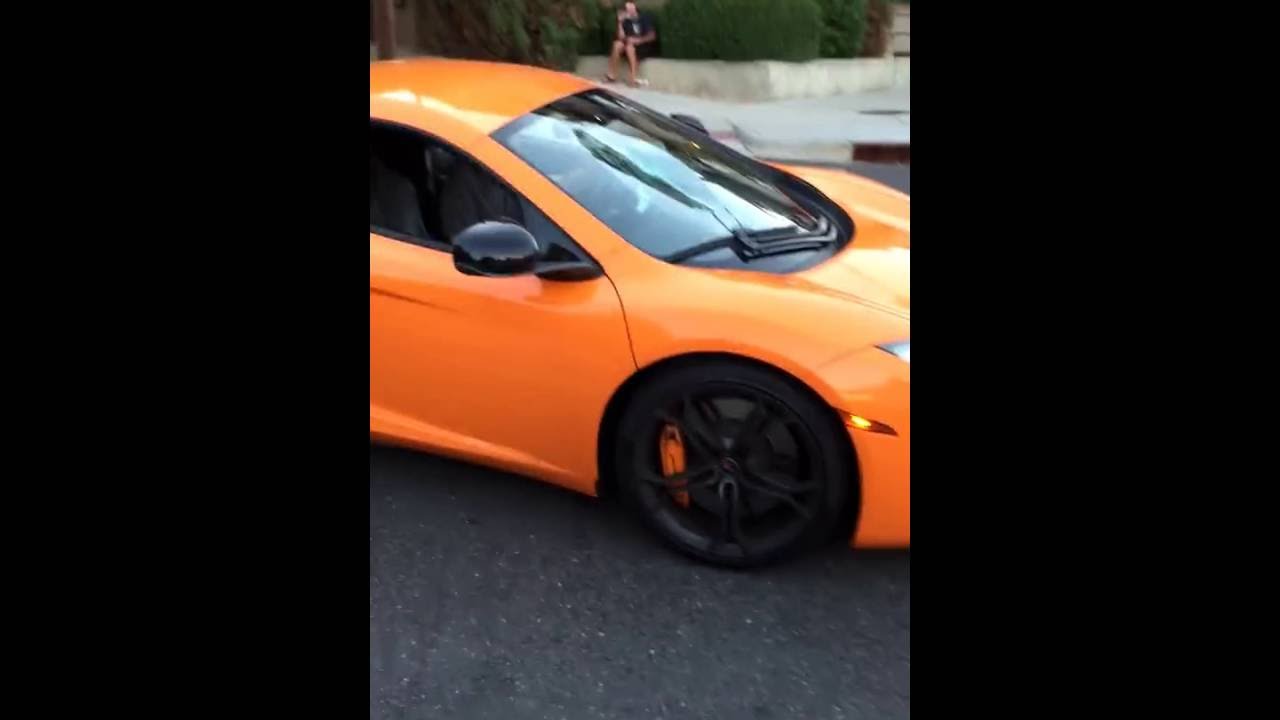 I was catching a video of the sunset saw this McLaren run a stop sign and make a kid fall off his skateboard. You can hear the skateboard in the video. The passenger of the McLaren yelled something at him and the next thing I heard was a SMASH! The windshield was completely shattered.

Kid took off running and the passenger ran after him. No idea what ended up happening after the car drove off. I guess the lesson here is DON’T RUN STOP SIGNS!

Firstly, the worst person in this video isn’t the guy driving the McLaren and it’s not even the kid who smashed the McLaren’s windshield, it’s the utter plank recording. Filming a sunset with your phone on vertical? Missing the actual moment the skateboarder smashes the McLaren? Worst cameraman ever.

Personally, I’m siding with the skater boy on this one. Kid almost got run over and all because this guy in his £150,000 McLaren thinks he’s above stopping at a red light. I’d be pissed too if I was practising my kick flips in the middle of the street and almost got run over.

Either way, McLaren guy takes the loss here. Then again, skater boy’s parents aren’t going to be best pleased when they’re asked to foot the bill.