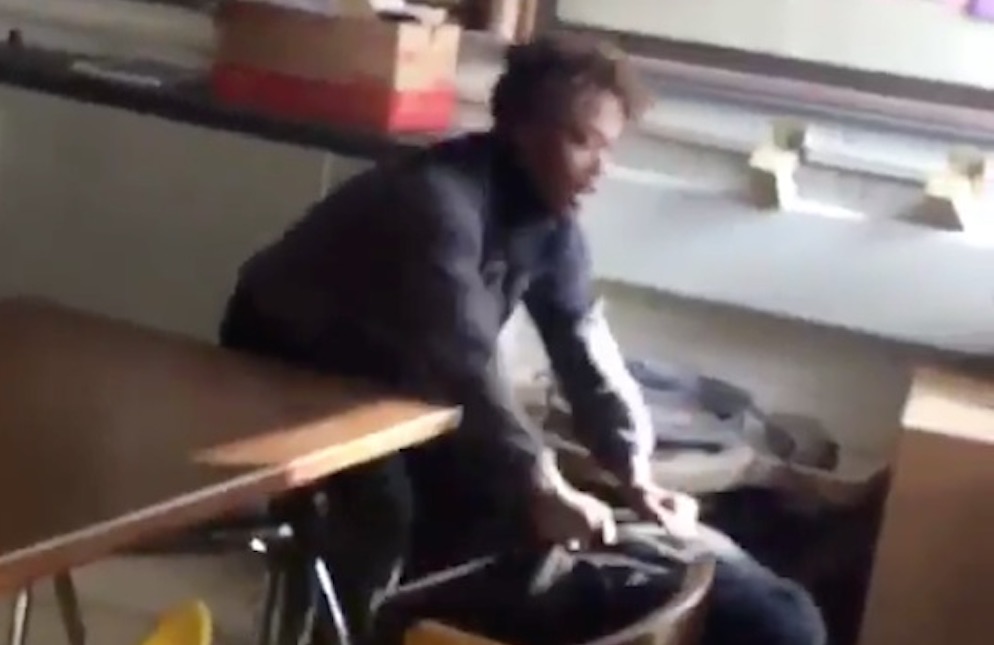 ‘You hit the teacher man, that’s not fucking cool.’

If I was watching a fight between two kids back at school, I think the only reason I would try and break it up would be if my buddy was getting battered – I definitely wouldn’t break it up because one of the kids accidentally hit the teacher. Unless maybe I had a crush on the teacher like it seems this kid does.

The kid holds literally nothing back in this video when he sees the teacher get hit by the one kid, and immediately floors the aggressor with one punch. Hopefully she buys him dinner for that or something.

But yeah, other than that killer knockout punch there are loads of little bits to this video that make it absolutely awesome so watch out for them: red hoodie kid getting wrapped up in his sweatshirt then freaking out; the girl grinning away and scurrying out of the video at the start and the teacher saying, ‘It’s really not cool’ to the kid who hit her. No shit:

Absolutely epic video. Maybe now that it’s gone viral that kid will get a peck on the cheek or something from the teacher, or given that it’s America maybe she’ll just end up sleeping with him.