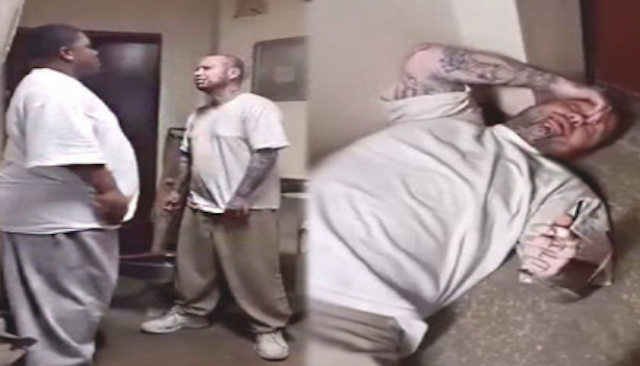 If there’s one place I definitely don’t want to go in my life then it’s definitely prison because I think I would last about five minutes before getting the absolute shit kicked out of me and it’s videos like this that just go to prove it even further.

In the video, one prisoner is pissed off at his cellmate for snitching on him about something, but decides that he’ll call it evens if he lets him slap him in the fact. That might sound like a fair deal, except that the big guy has one of the most devastating slaps that I think I’ve ever seen in my life, completely annihilating the guy into another dimension.

Take a look at this and honestly get ready for that slap. It really is something else and I don’t think anything will prepare you for it:

Fucking hell. Every time I see that it just gets more and more graphic and gnarly. And the noises that they guy is making while he looks like a cripple on the floor really adds to the brutality of it all. I dunno why he thought it would be a good idea to snitch on his cellmate if he knew that this might be a consequence of his action.

For more of the same, check out this Russian slapping champion coming up against the most fierce opponent of his career. Would like to see how he fared against matey from the cell to be honest.