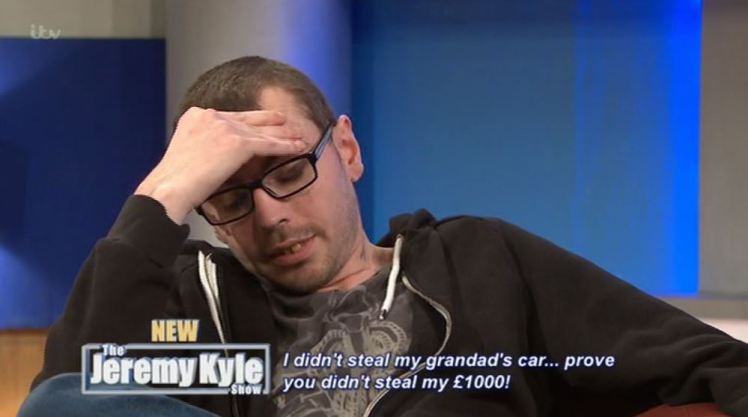 He can’t handle the truth.

Somehow after all these years on the air, the Jeremy Kyle show can still pull out something that we’ve never ever seen before.

In an episode this week, Jeremy was talking to a particularly messed up group of friends and family about someone stealing £1000 of one of them, but there was something about someone else stealing someone’s grandfather’s car in it too. I didn’t really understand.

Anyway, the fact of the matter is that it turned out that the guy who was accused of stealing the £1000 failed the lie detector test but refused to accept it and stormed out of the studio, smashing one of Jeremy Kyle’s TV monitors on the way. I don’t think I’ve ever seen Jeremy Kyle look so upset about anything – he immediately threw everyone out of the building and looked like he was about to cry:

Wow he smashed that good and proper right? I love it when Graham comes on and just looks at it and says ‘it’s broken’ in the most deadpan manner in history. Cheer up Jeremy, although in fairness it’s kind of crazy that something like this has never happened before on the show isn’t it, considering how raucous things get on there.

For more Jeremy Kyle, check out this guy whipping out his giant testicle on the show. Too much information.