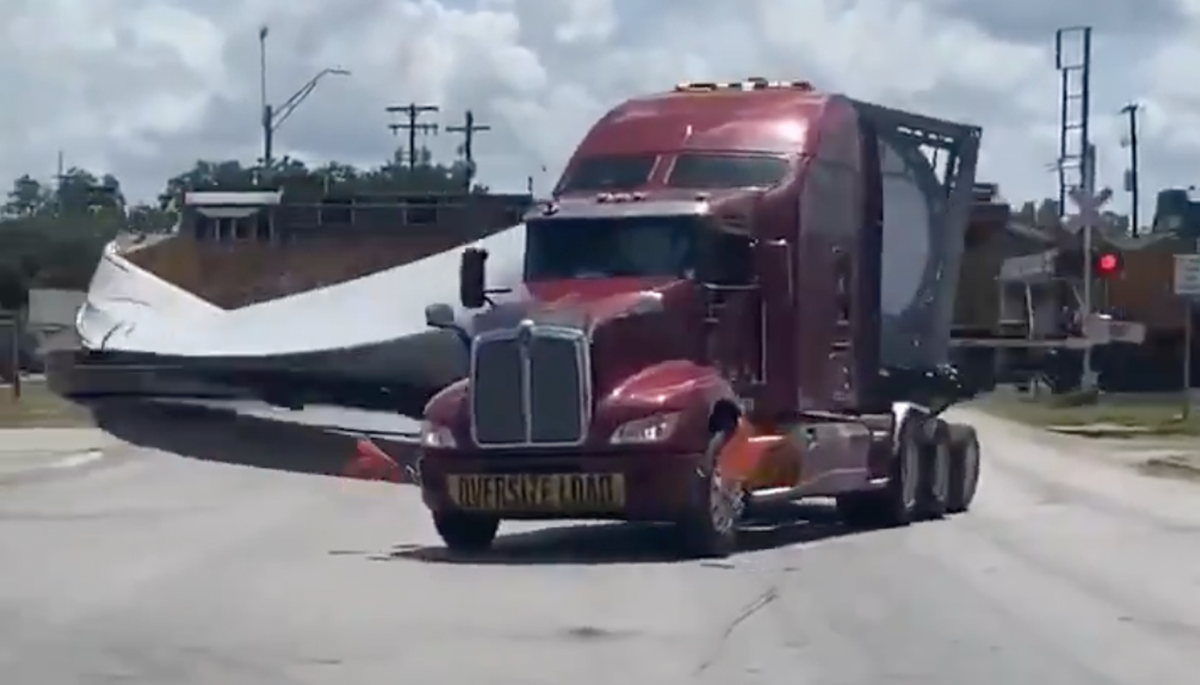 I always thought that trains smashing through trucks or cars on level crossings was a bit unrealistic because there would have to be an unbelievable combination of events for you to end up with that situation actually happening, but here’s another video of it going down and proving me wrong.

The video comes from over in Lulling, Texas, where a massive truck that was transporting a wind turbine blade across the country ended up getting caught in the arm of the gate that was lowered whilst it was traversing the crossing. Moments later a train ended up ripping through it with such power that it ended up toppling the cab of the lorry over as well.

Thankfully, a load of people watching decided to film the incident on their mobile phones so we can see a whole bunch of different angles of it. Take a look and see which one is your favourite:

What in the hell were these people thinking? Happened in Luling, Texas. pic.twitter.com/hSrN3LnO7v

NEW VIDEO: A train crashes into an 18-wheeler carrying a wind turbine blade off US 183 in Luling this afternoon. We’re waiting to hear from police. If you’ve been thru Luling, you know this is a dangerous intersection. #CBSAustin

OK the first one is obviously better but that’s still one hell of a crash in both of them. Thankfully nobody was hurt and only a couple of people on the train were treated for minor injuries, but you really have to ask the question of how this was allowed to happen?

Clearly there’s something wrong with the gate technology or the guy driving the lorry went across when he shouldn’t have – either way they need to sort it out because it’s ridiculous that stuff like this still happens in 2021. It’s not the ‘Dukes of Hazzard’ any more guys.

For more of the same, check out this video of a train crashing into a nuclear fuel container at 100mph. Yeowch.