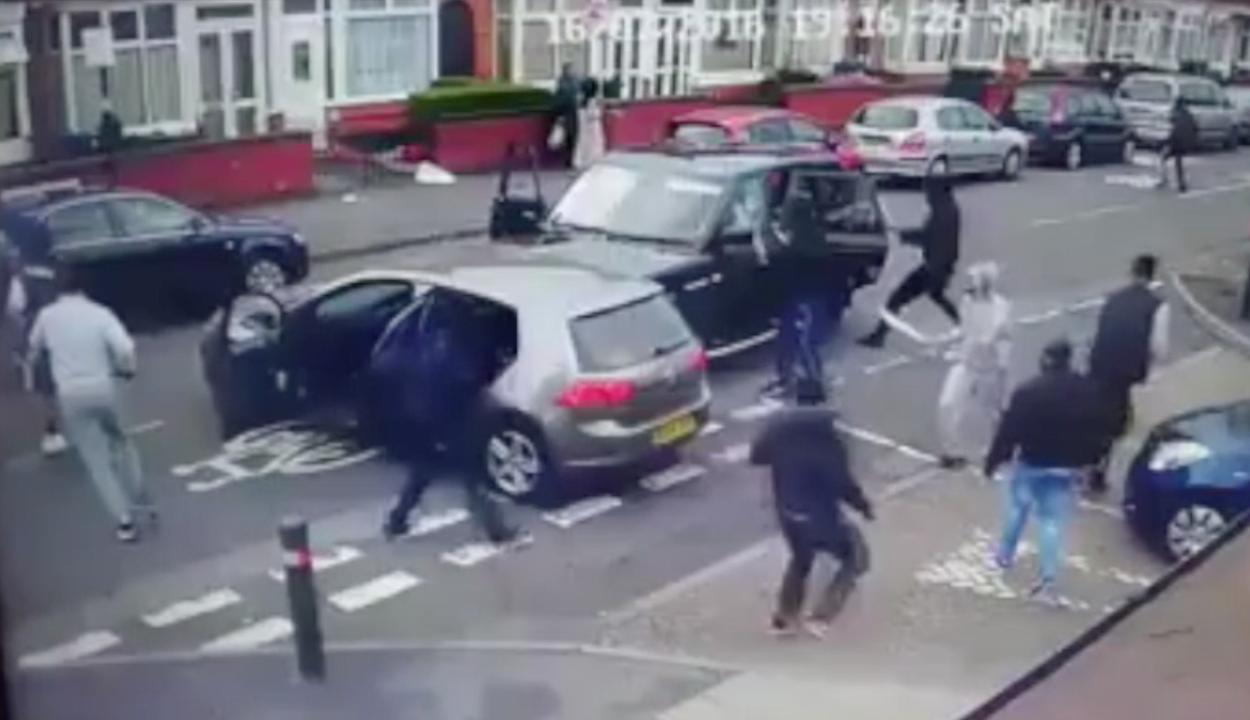 Gangs always seem to be fighting with each other but it always seems like the kind of thing that probably wouldn’t go down in your neck of the woods. In the video below though it’s going down on some quiet suburban street just like where you grew up and it probably couldn’t be any more violent.

There’s some debate over where the video originally came from as it’s been posted on both the Birmingham Grime Facebook Page and the Bradford BFD Boyz Facebook page, but whilst its origins might be in doubt, you can’t really deny its brutality. It shows a Volkswagen Golf pull in front of a Range Rover in what looks like a calculated ambush, before both cars let out a tonne of people wearing hoodies and balaclavas who proceed to beat the shit out of each other with metal bars, baseball bats, hammers and machetes:

Holy shit. I wonder how that ended up, or where the hell it even was? Apparently police are investigating the video but I doubt they’re going to be able to figure out the location of that street or where it is unless they get real lucky, and even if they do I probably wouldn’t want to get involved in that level of gang violence either. Good luck to them.

For more street fights, check out the most professional street fight you’ll ever see. Tough.