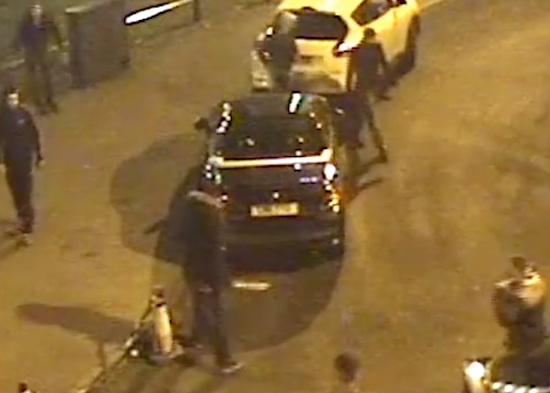 The world has gone mad.

Gang violence has always been a problem in the nation’s capital, but it seems like it’s gone back to the primitive judging by the video below – thugs are now attacking each other with machetes rather than just lighting each other up with guns.

The video was filmed in North London somewhere in Tottenham in the middle of the night recently, where a couple of rival gangs have met up to argue about money with everyone seemingly armed with a machete or a knife. When the meet doesn’t go well, two men try to flee in their car but are surrounded by the other gang who ruthlessly start smashing it in with their swords whilst they try to escape:

Geez, I wonder if they got out OK or not? Either way it’s kinda shocking that people are just carrying machetes around and having weird late night gang fights like this in London, and probably all over the country too. Be careful if you’re out late at night and walking through any dodgy areas like this -seriously.

For more machetes, check out this cashier fighting off a machete wielding robber with an even bigger sword. Crocodile Dundee eat your heart out.