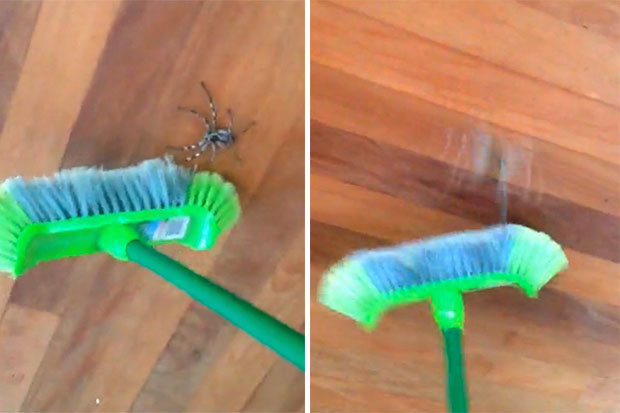 That’s a NOPE from me.

I don’t care what anyone says – spiders are fucking terrifying and if I had to deal with gigantic and poisonous ones like they do in Australia I’d spend my life locked away in a bedroom.

Unfortunately for the guy in the video, he has to deal with this nightmare and ends up in a standoff with an absolutely massive huntsman spider, which we all know are the absolute worst. You can see him try to edge it away as he goes at it with a broom, before the fucker jumps down to launch its attack:

Just no. I wonder what happened to it in the end? Hopefully the guys in the video managed to corner it off and get it out before it caused any more damage.

It must suck having to worry about creatures like that making their way into your home – especially when they morph with mice to make an absolute mega beast. All kinds of nope.