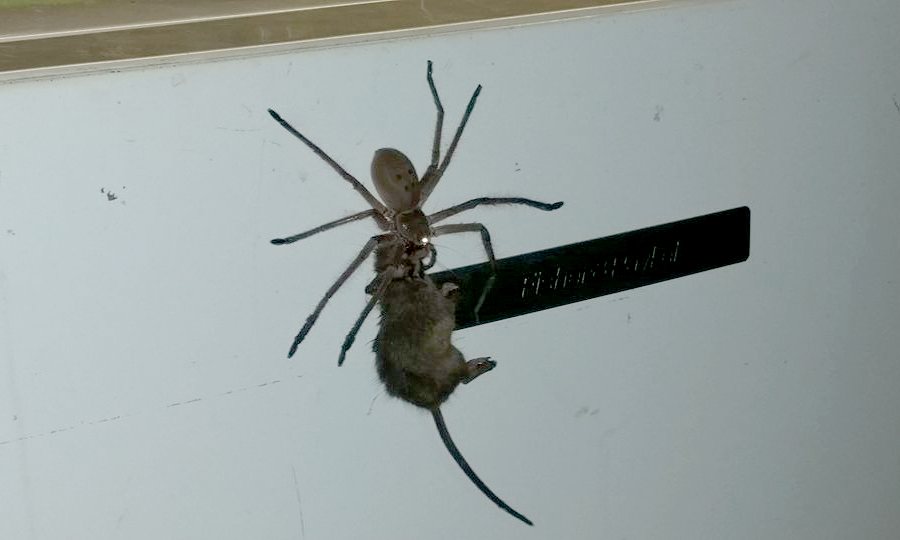 Kill it with fire.

Australia just sounds like the worst place to live in the world because there’s a chance you’re going to get bitten by a spider or snake and lose a leg of even die, and this video appears to confirm that assumption ten fold.

It’s also too hot, there are shark attacks to worry about, but probably worst of all is their fucking spiders.

A dude named Jason Wormal from Queensland was sent the footage below by a neighbour showing a Huntsman spider attempting to devour a mouse. You can see the giant spider clutching onto its prey while trying to scurry up the fridge.

Just no. Shockingly, Wormal doesn’t even seem bothered by this monster taking up residence in his home:

Ok guys so just letting you all know that the spider is fine. We have named him Hermie, we have adopted him and he is now running his own extermination business out of our town Coppabella. Oh and he is now paying rent. Lol.

I don’t know how he could make a joke of that – I’d be at that beast with a pitchfork before you could say “arachnophobia.”