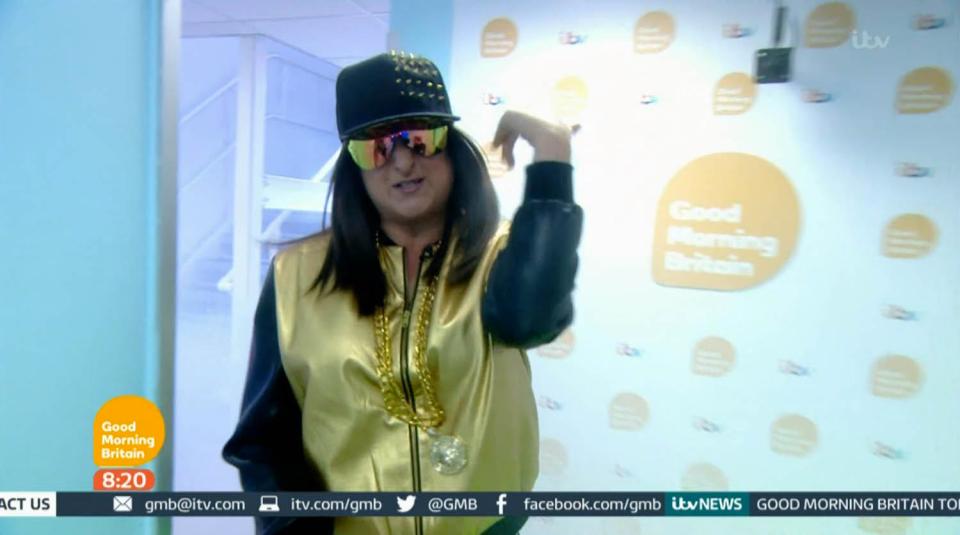 This woman needs to stop already.

‘X Factor’ has had a shocking effect on the music industry since it started back in 2004. Gone are the days when talented song writers and musicians would get together in a room and make tunes that came from the soul. Instead, it’s been replaced with gimmicky, manufactured “singers” who rehash what was already shit music, to make it even shitter.

And if there was one contestant in particular who epitomises this death of music, it would be Honey G and her pathetic attempt at a rapping career. Despite getting booted out of the ‘X Factor’ running a while back, she’s still desperately clinging onto her 15 minutes of fame by making appearances on pretty much any TV show that’ll have her.

Unfortunately, her stint on today’s episode of ‘Good Morning Britain’ did not go down so well:

OK, so she only missed out about a line, but I would say that entire performance was more than enough cringe for one day. Excuse me while I go and crawl into a corner and die. What’s happened to this world?

For more on why this woman needs to just stop it, check out the time she had a meltdown after being compared to Stormzy.