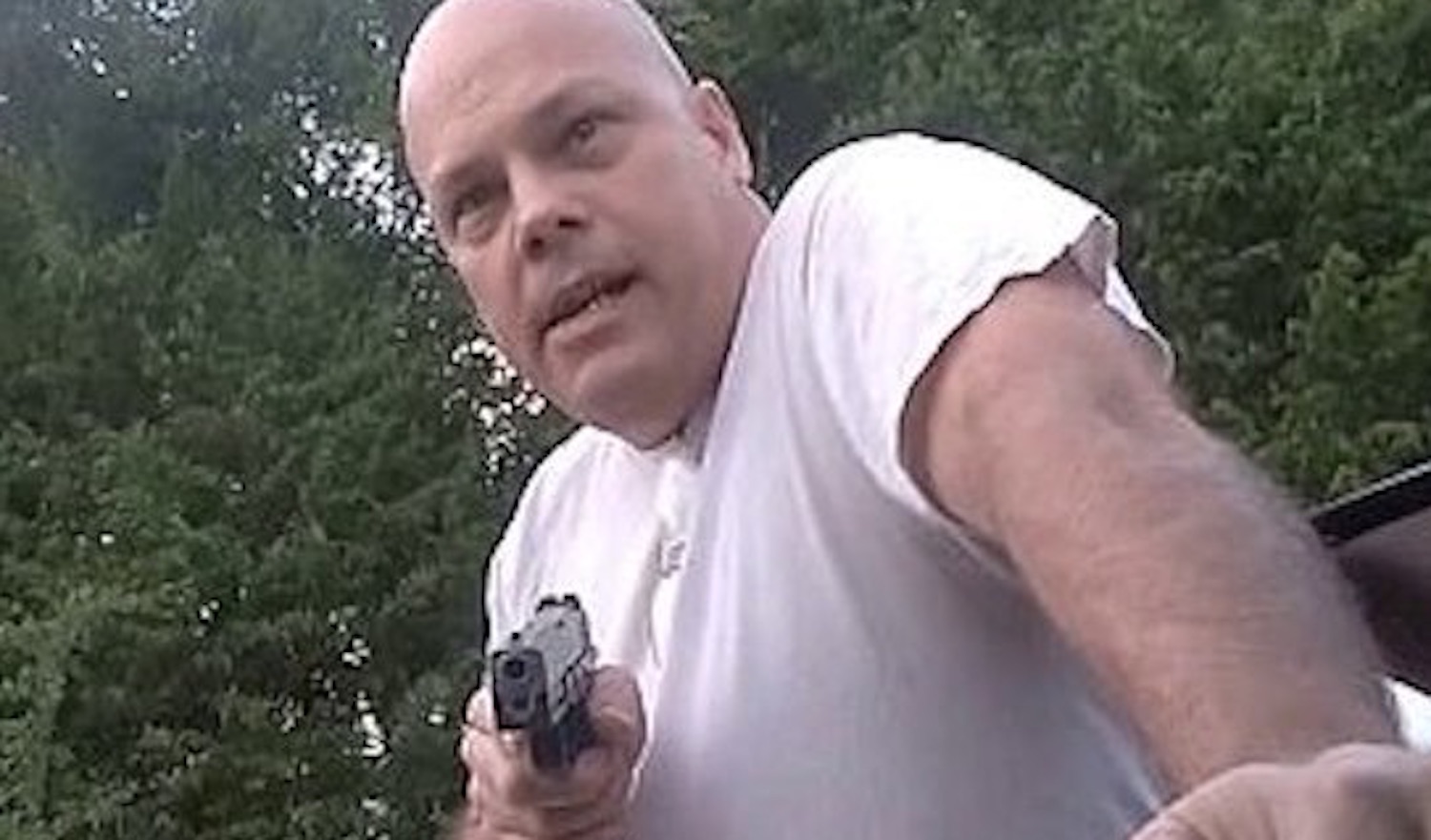 It turns out that it’s not just the cops over in America that are fans of shooting at unarmed people for no real reason, as this guy from Texas also doesn’t seem to have any qualms about it whatsoever.

This video was uploaded the other day and was filmed by a 50 year old guy called Charles Landers, who claims he was driving around Fannin County, Texas looking for a place to go fishing. He then says that the guy in the video – Michael Truelock – pulled up in another vehicle and pulled him over and then proceeded to pull a gun on him and tell him to get off his land.

That’s when things got even crazier:

Holy shit. I often wonder why people think that shooting at people in these incidents is ever a good idea, but it seems kinda clear from Truelock’s demeanour that he doesn’t really do much thinking.

Landers claims he was so scared trying to get away that he crashed his truck into a ditch and had to hide from Truelock in the scrub for a bit until the police came. Terrifying.

Truelock himself was arrested and charged with aggravated assault with a deadly weapon. He made bond pretty much immediately and will head back to court on July 13th for sentencing. We’ll see what happens.

For more of the same, check out this guy with a gun getting beaten up by Glasgow bouncers. Excellent.