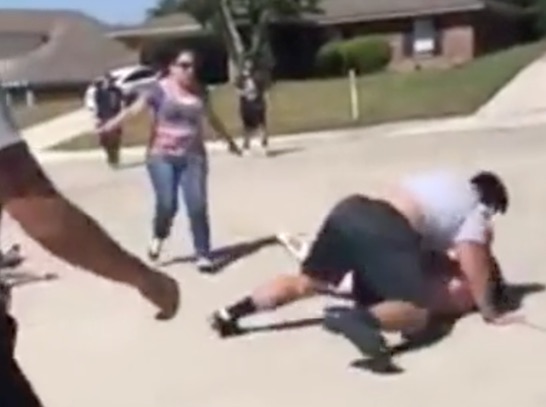 It’s been a while since we’ve featured a video of some bullies getting their comeuppance, but thankfully the one below is here to right that wrong.

I’ve no idea what the context of this video is but it’s from Worldstar Hip Hop so that should tell you all you need to know. It begins with two white kids running at a tougher looking kid who looks to be some kind of non-white ethnicity (not trying to be racist but just genuinely can’t tell) and then well, you’ll see what happens next when you click play:

Ooof those two kids got completely and utterly owned there didn’t they? Wish that their mom had ended up getting a smack when she was shouting at the kid as well – I mean they literally started on him and now the mother is shouting at him for beating them up after they double teamed him? Have some respect.

I suppose in fairness we don’t have the context of why these guys were fighting in the first place, but from the video that we do have it seems pretty clear that they were picking on this big dude and got their asses handed to them. Hands up if I’m wrong but right now they look like bullies. Losers.

For more of the same, check out Batman beating up Spiderman before Santa Claus gets involved to help him out. What a save.