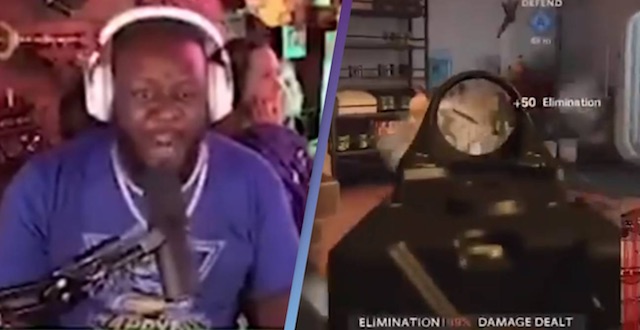 There aren’t many better videos on the internet than those of racists getting absolutely owned and whilst this might not be the best one it’s definitely one of the most satisfying after a bunch of racists call T-Pain the n word whilst he’s playing them on ‘Call Of Duty’ and he proceeds to wipe out their entire team.

Last night T-Pain was playing the popular video game and live streaming himself doing so when his opponents started using the racial slurs and this immediately set T-Pain on the warpath. He managed to hunt down every one of the opposing team and kill them, even being heard to exclaim ‘I want every last one of them’.

He wasn’t going to back down – and he didn’t. Be warned, this footage is absolutely awesome:

@tpainShutting down some racists in Call of Duty

Wow I wasn’t even playing and I was getting completely hyped on that, especially towards the end. So funny that T-Pain managed to murder their entire squad without even really breaking a sweat or even taking any damage himself. Take that you stupid racist bastards.

For more of the same, check out this video of T-Pain singing without autotune. It’s actually crazy.