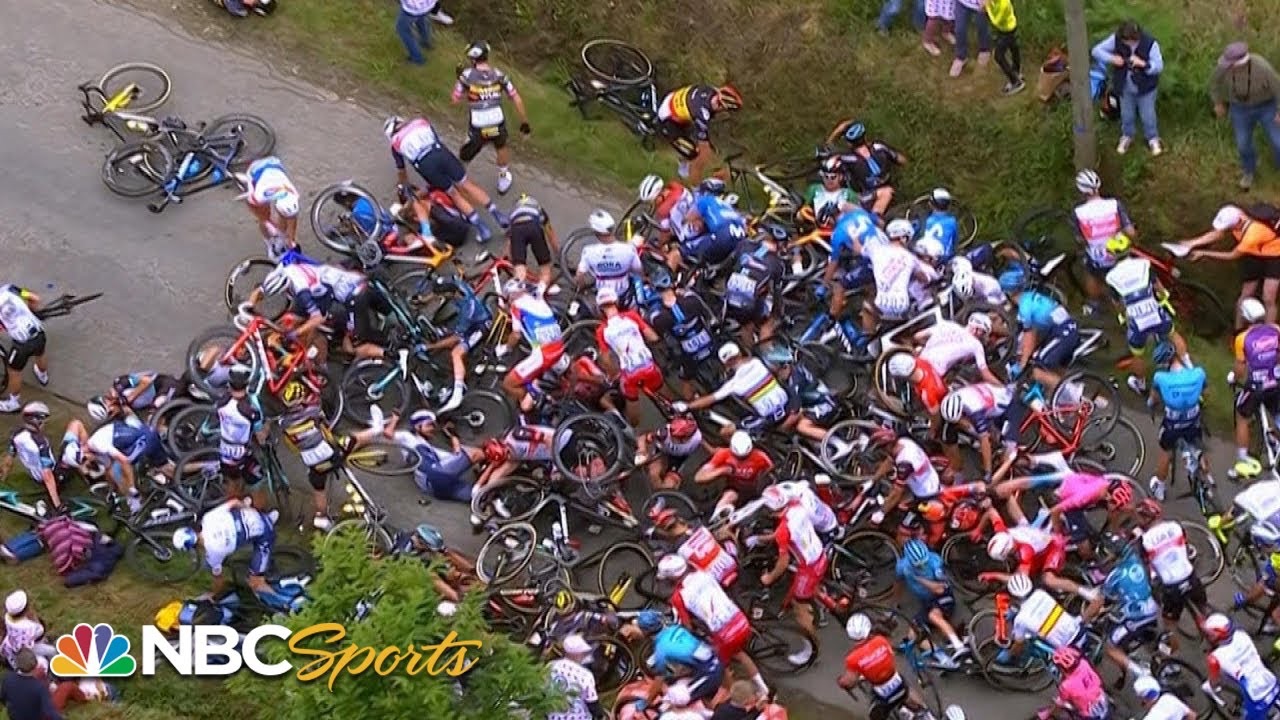 With everything going on over the weekend – Matt Hancock’s resignation, a bunch of Euro 2020 matches – it might have escaped your knowledge that the Tour de France also started yesterday, 700 days after the last edition that allowed fans to attend and watch the cyclists bomb it past them.

Unfortunately for everyone involved though, this wasn’t a particularly joyous occasion as one spectator was responsible for what’s being described as the biggest and most brutal crash n Tour de France history. A woman was holding a sign at the side of the road saying ‘Allez Opi-Omi’ – a hello message to her grandparents – but she couldn’t pull it back in fast enough and it collided with German cyclist Tony Martin, causing him to fall off his bike and start a massive pile up behind him, affecting almost every single rider in the race:

Yeowch. What a mess. A lot of the riders were hurt and Jasha Sütterlin was so badly injured that he had to withdraw from the race altogether. Bikes were trashed as well and it took 25km for the Peloton to get back together again.

What makes the situation even stranger is that the woman who was responsible for the crash quickly scarpered from the scene and has been nowhere to be found. The authorities are on the lookout for her and plan to charge her with ‘causing unintentional injuries by manifestly deliberate violation of an obligation of safety or prudence.’ That carries a one year jail sentence and a £13,000 fine. Probably a good idea for her to stay under the radar to be fair.

On top of this, the Tour de France are also planing to sue her with tour deputations director Pierre-Yvess Thouault saying the following:

We are suing this woman who behaved so badly

We are doing this so that the tiny minority of people who do this don’t spoil the show for everyone.

Definitely a good idea for her to go off the grid, although this being the internet age, it’s probably not going to be too long until someone tracks her down. Surprised it’s taking so long to be honest. Good luck whoever you are.

For more of the same, check out this compilation of some of the most brutal mountain bike crashes of all time. Yeowch.