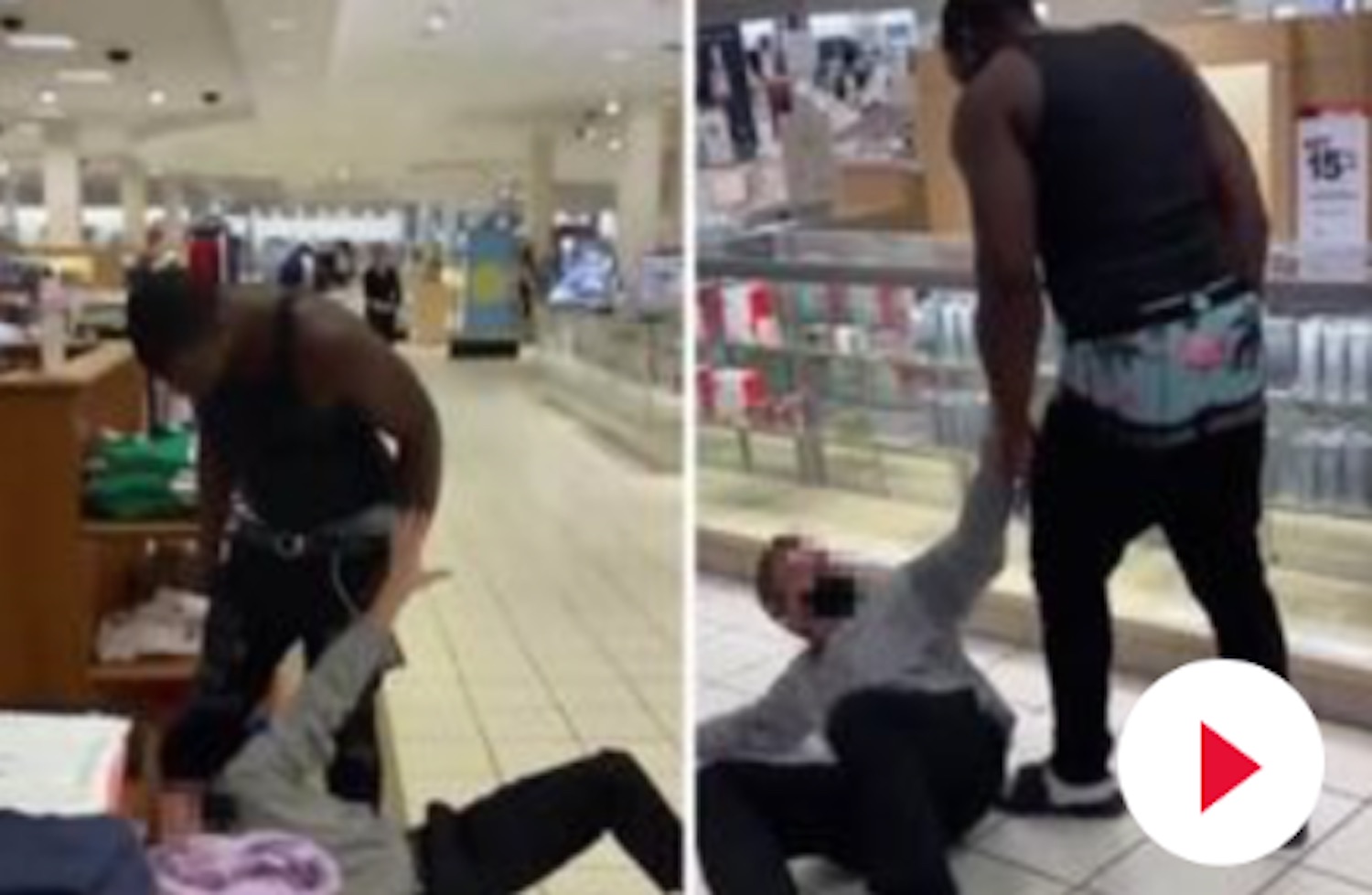 Is this the right way to deal with this?

There’s been a lot of talk about the Black Lives Matter movement in the last couple of weeks, but I think that we can probably all agree that the way to handle racism and try and improve things isn’t the way that’s being utilised in the video below.

The video comes from the Facebook page of rapper Ft Quay, who is based out of Flint, Michigan. He claims that the white guy in the video was walking around the mall talking on his cell phone and repeatedly saying the N word, but the video just starts with his jacked AF mate smacking the white dude in the face and then serving him a beatdown, right in the middle of the mall:

Yeah I’m not really sure how about this one. Obviously using the N word is unacceptable, but there’s no real evidence that this guy did this and even if he did I don’t think straight up whooping his ass and filming it and sticking it on the internet is going to help anyone.

If anything, it’s probably only going to exasperate race relations even further and have any vague right commentators calling for a police investigation into the incident – which is exactly what happens. Take a leaf out of the book of all the peaceful protests over the last couple of weeks and how much has been achieved through them and don’t do shit like this, however much it might hurt you to hear those words.

For more of the same, check out this racist confrontation during a BLM protest in Hoddesdon. At least nobody got beaten up.