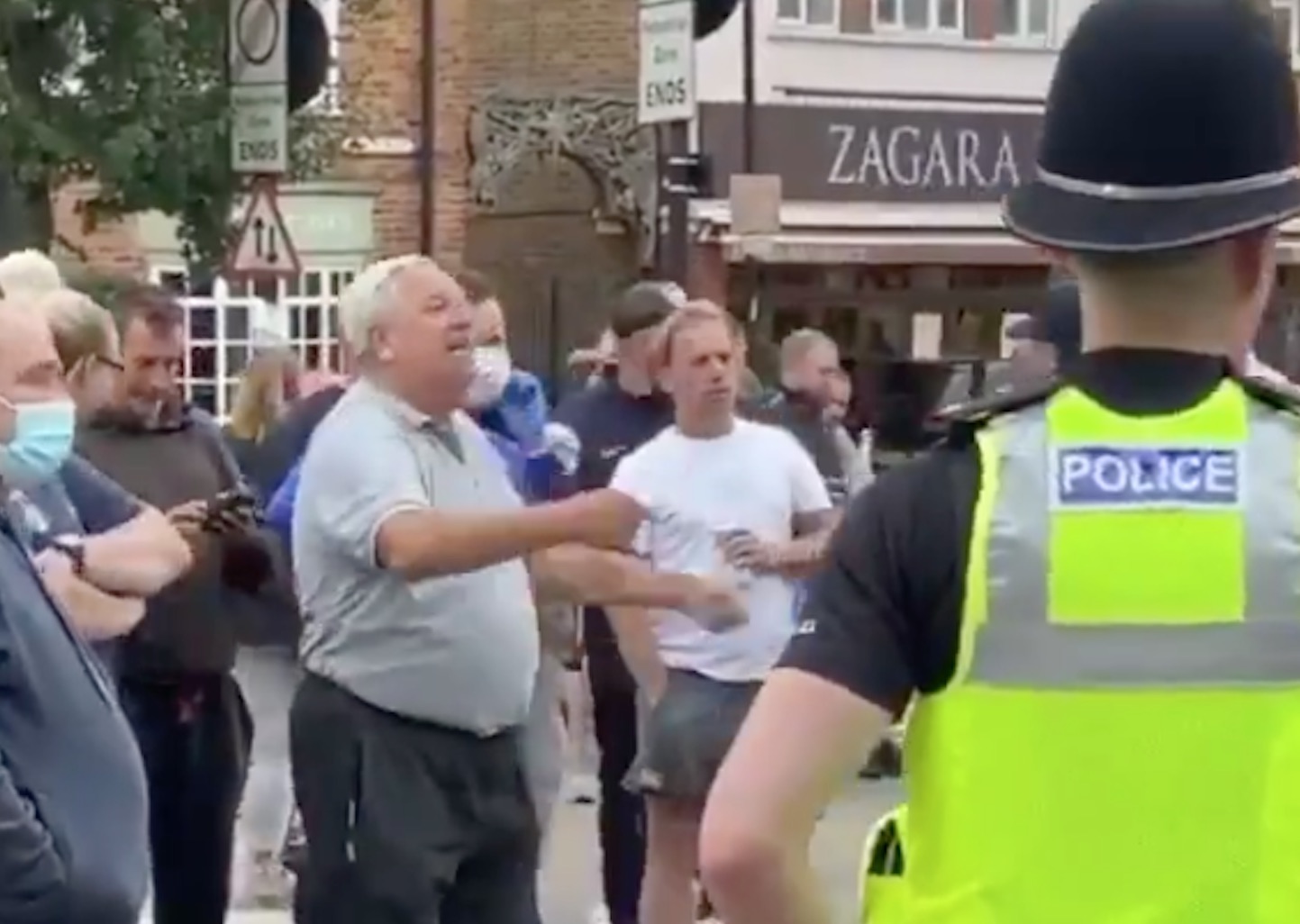 Racism is a problem in this country too.

One of the overarching narratives that I’ve been seeing during the last week or so of Black Lives Matter protests is that racism doesn’t really exist in the UK and is way less prevalent than our friends over in the USA.

Whilst this have some element of truth to it, there is absolutely no way that racism doesn’t exist in this country and this is why it’s important to share videos like the one below from a BLM march in the small town of Hoddesdon, in the Broxbourne borough of Hertfordshire. It features a stand off between the protesters and a bunch of old white men who stand around posing and squaring up to them whilst telling them to go back to Africa and hurling other racist chat at them:

Ok so for those who say racism doesn’t exist… this was at a recent BLM protest in Hoddesdon,a town in the Broxbourne borough of the English county of Hertfordshire, watch the thread pic.twitter.com/a4shMfiQ7i

Geez. It’s difficult to watch that and know that there are people in this country that literally don’t have anything better to do on their weekends then go out and do that. Worst thing about it is that it sadly doesn’t look like it’s going to stop any time soon if they’re still doing this even in the current climate. Grim.

For more of the same, check out Stone Cold Steve Austin ripping into a fan defending the Confederate flag. Respect.