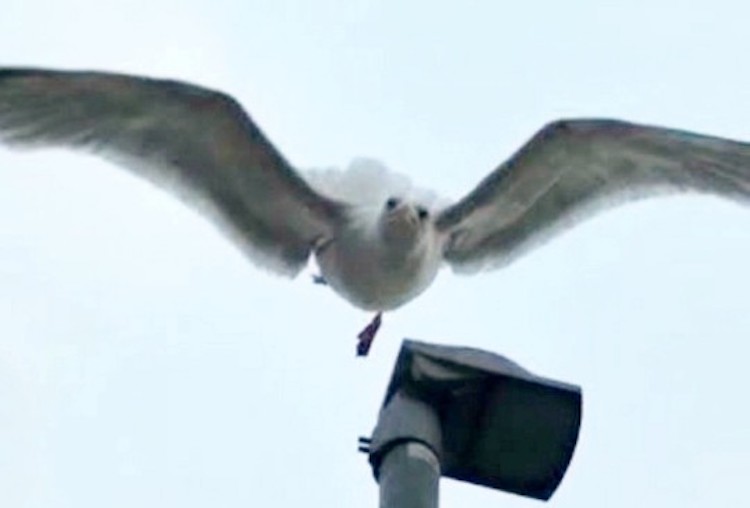 It seems like I haven’t been posting as much this year about seagulls being absolute assholes, but maybe that’s because they’re affected by the heatwave just as much as us humans?

Anyway, thankfully we now have this video of one absolute bastard seagull annihilating a guy walking down the street for almost two minutes for no real reason. 38 year old Ryan Price was FaceTiming his wife Bethany whilst walking down the street in their hometown of Wallasey in the Wirral when the attack occurred, and thankfully we were able to get two angles of the attack – one POV angle from Ryan and one from Bethany who decided to film him and laugh rather than doing anything to help. That’s my girl!

Here’s what Ryan had to say about the incident too:

There’s been a pair of gulls nesting on our neighbour’s roof for weeks.

My wife rang me while I was at work to say that she thought the baby had fallen off the roof and that she had seen the parents attack six different people walking past.

I hadn’t seen the baby so I thought I’d risk my luck walking to the shop and decided to FaceTime Bethany to see if she wanted anything.

As soon as I got near to the house the seagull launched itself at me and wouldn’t leave me alone.

Bethany was only up the road so she ran outside and started filming me while I was being chased.

She found the whole thing hilarious.

Yeah that is pretty funny to be fair, so I’m not surprised Bethany found it hilarious and decided to film it. I love the way he sheepishly runs into the house at the end like he was really scared.

I suppose the seagull is following him around and bombing him but it doesn’t seem to go too near him so it probably can’t have been that scary right? I guess that’s easy for me to say sitting here at home typing on my keyboard though isn’t it? Seagulls can be right bastards so maybe I shouldn’t take the piss.

For more of the same, check out when this guy spiked a seagull with an ecstasy tablet. Bit off.