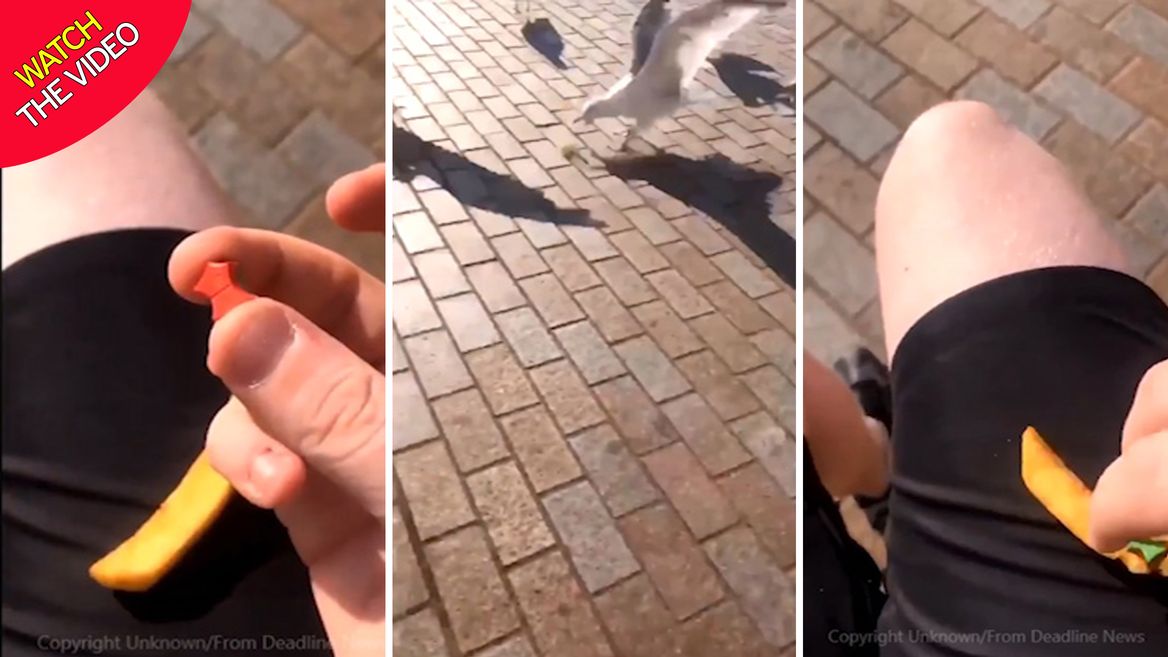 I’ve been moaning quite a lot about how seagulls are absolute assholes and need to be taught a lesson, but I don’t think that anything as extreme as what the guy in this video has been caught doing is really necessary.

The guy posted the video to his Twitter account where he appears to put a pill into a chip and then throw it over to a flock of seagulls who quickly guzzle it down and presumably went on to have an absolutely crazy night, assuming that ecstasy has the same effect on them as it does to humans. Obviously Twitter users weren’t happy with many berating the man for animal cruelty and tagging the RSPCA in their feeds, but the Twitter user connorb89493980 responded by saying that it wasn’t actually him and was a screen grab:

Here man you big whoppa you can clearly see it’s a screen record from Facebook bet the c*** had the time of its life anyways.

Yeah not really sure if I’m buying that because it sounds like the kind of thing he put on his Twitter account to look like a big man but then when he got called out over it he realised that it probably wasn’t such a good idea and then quickly tried to backtrack on it. Kinda fits with his personality too as it seems like most of the rest of the content posted on his timeline revolves around snorting cocaine. Should maybe think about what you’re putting out there into the open pal?

For more of the same, check out this seagull fighting to the death with a woman over her Greggs sausage roll. They are asshole but I don’t think they deserve getting spiked.